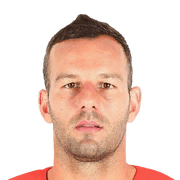 So I used Donnaruma in the begining of Fifa 19 and I thought he was quite overpowered. From that point I didn't really want to switch to Handanovic, but I had the coins and thought: "Why not give him a try?". He's actually a really great goalkeeper, but i questioned if he was worth it for the price tag. The answer to that is absolutely not, if you have the coins and don't mind spending them then go and get him, but the difference between him and Donnaruma aren't that noticable. Sure on an average he gets a few saves more than Donnaruma, but if you don't want to spend 50k then i advise you stick with Donnaruma.

Handanovic played 549 Games for me. There was literally no situation he disappointed me. If I conceded a goal, there is no goalkeeper who could have saved it. That guy saved many close games in rivals and WL for me. I used Donnarumma in my first games and that upgrade was my best decision in FIFA 19. Link that guy with Skriniar or the sbc Skriniar and you are ready to go. His reflexes are from an other galaxy and if you move him to the near post on corners, he will punch it out of the stadium but mostly catch it.

This is my very first player review but this legend at my club absolutely deserves one.

He is a really decent goalkeeper but a little over-priced.I recommend the Shield chemistry style for him. He is really inconsistent with me, I have 5 games in a row where he saves so much shots and wins me the game, and then I have another 5 games where he is utterly horrible and doesn't make a single save and completely loses me the game, I tried using Sczesny over him but he wasn't sticking with me, overall he is really solid but inconsistent.

Usually punches ball instead of catching