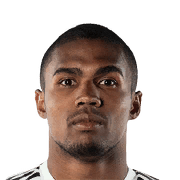 Douglas Costa has been excellent for me.

He is fast and so agile, which makes up for his lack of strength as he just wiggles past opponents.

His finishing was not good enough, so I slapped a sniper chem style on him and that totally solved the issue.

He is a left footed winger but uses the outside of his foot a lot to finish up his chances, his outside finesse shots are quite lethal.

His composure is also very good for that early in the game.

Also his passing is totally decent, especially his crossing

This early in the game, you wont be able to find much better for that kind of price range.

Agility, speed, composure, crossing and curve for the finesse shots

If you can't keep strong defenders at bay, this player is probably not for you.

Where do I start? I have used him in previous years and was always rather disappointed. This card however, is fantastic. His speed, dribbling, and crossing are all top notch which is what I want in my wingers. The ball at times feels as if it glued to his feet when he is dribbling as his ball control is excellent. His shooting is also surprisingly good when he comes in from the from the wings. He scores at a rather high rate for me without any boost to his shooting, does not finish like a player with 67 finishing. In the past years I have always been disappointed by his ability to hold of anyone let alone defenders. This year however he feels a little bit stronger, he is not by means strong but he is no longer instantly thrown off the ball. Add this to his terrific speed and dribbling and he can beat almost anyone on the wing. Would highly recommend this card. Also love that link with Alex Sandro