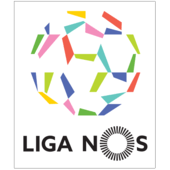 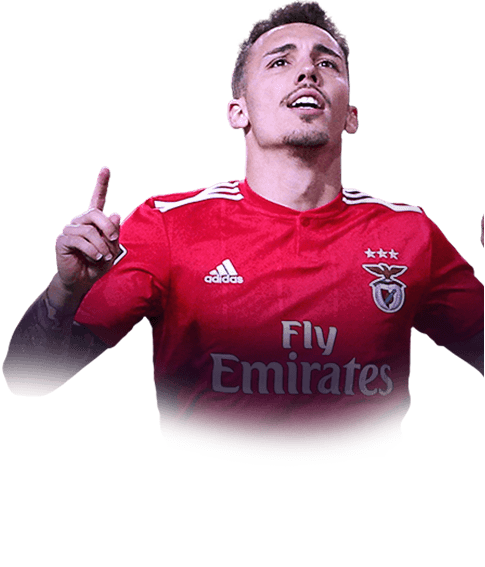 His real-life stats are currently 0 goals and 2 assists in 8 matches in domestic competition. He also received 2 yellow cards and 0 red cards.

I was ecstatic to see he was added into the future stars promo along with Eder Militao, and to see that Grimaldo was the cheapest of the lot and extremely affordable, I could not have been happier. I put Grimaldo into my squad as a LWB with Ramos, Varane, Future Eder Militao, Flashback Dani Alves, and Flashback Casillas completing what I thought was the sweatiest defense in the game. I have never played a 5-back formation in my 8 years of FIFA, but my God was it amazing! The best part was that using Grimaldo's smooth dribbling and passing ability, he was able to step away from the defense every now and then and link up with the midfield or send in perfect crosses. From a defensive perspective, he was great at intercepting the ball which is key to this card since he lacks strength despite using a Sentinel chem style. I had him on Stay Back While Attacking and I never had issues with him being out place. Fitness was never an issue for me since I use him as a pure defender rather than a box-to-box player. Having used every Alex Sandro card, Jordi Alba, David Alaba, and Marcelo, I thoroughly enjoyed Grimaldo much more than the others and his ability on the ball is exceptional as well as his pace.

I bought FS Grimaldo for 113 K when he first came out in the pack. His price has decreased from there and took a steady turn at around 80~90 K at the moment, but tell you what. I did not regret it even for a bit. I would buy him all over again even if he cost double the money, that's just how good he is for me. For his current price, I think he is an ABSOLUTE steal. Let me give you a data to back it up below.

I often point out total in-game stats (IGS) in my review for certain players because this stats show you how good all-around a player is. And who doesn't like a good all-rounder? Any players with total in game stats above 2400 will be an all-rounder in my opinion, because when you distribute this number evenly to each attribute, it would give you 85. Even if you max out a certain attribute to 99 and balance it out by taking some from another, most of their base stats would still be more than 80. This concept might be hard to understand to some people but let me put it this way. In general, when someone has a 2400+ IGS, he will most likely be able to play multiple roles/positions by switching them in-game.

He is FLYING in that left side of the pitch due to his 97 acceleration and 94 sprint speed (with anchor). Not a lot of defenders or players can catch up with him.

I used to instruct him to "Stay back while attacking" for the first 100 games until I changed my tactics and realized that you have to let Grimaldo loose to truly understand his completeness. His 85 positioning and 89 shot power will allow him to sneak in from that left wing while you slowly build up your play on the right, and be at the receiving end of the pass. He has a 57 FINISHING which is not ideal because he does actually misses some easy chances but he had scored a number of goals for me. If you don't want to take your bet, you can always cut back and pass or cross to your strikers instead, which I'd done many times too. He is my main free kick takers too with 93 FK accuracy and 96 curve, and I'd scored a number of stunning free kicks with him.

I decided not to boost this two areas with chemistry because look at his passing and dribbling attributes. Close to 90 or more, on all areas except vision. Even with no boost, I can guarantee you that dribbling is super fun with him and most passes and crosses will find its way if you have the right players in the penalty box. He is my corner kick takers too at the moment and he has been racking up assists and still counting.

Now, the only thing that I feel was lacking with Grimaldo is his jumping and heading. With anchor, you get 82 and 84 respectively, which is not too bad. But combined that with 171 cm height and you know you are in deep trouble if Ibra decided to pay a visit to that side of the post. But again most meta left back are short (Marcelo 174 cm, Roberto Carlos 168 cm) so it should not prevent you from using him. You only have to know how to instruct and cover the wings with your tall CM or CDM, or even play with 3 in the back. Second, strength and aggression is not that good in numbers but I never had any problem with it. He uses his body well to push attackers, and along with 99 Tackles and 96 Interceptions, he is one hell of a defender that you don't really want to face. 93 stamina is also a plus and will let you run up and down the wing for 90,120 minutes with no problem.

I usually don't give a grade for this category, but I have been switching grimaldo to ALL positions except for ST, CB and GK and he performs admirably in all areas. The most common switch that I make is bringing on defensive minded LB like UCL live Filipe Luis in the 70th minute and put Grimaldo into a CDM to further solidify my back line. I sometimes put him on the right side of the pitch too, and he excels on both side despite his 2 stars weak foot.

In conclusion, I can't really see why there are not a lot people using him already, other than the fact that it is difficult to get him a full chem. In CB, Eder Militao or Sergio Ramos will give you a soft link, but in the midfield, I have to agree it is a bit difficult if you don't have an icon. Me personally, I use Scream Koke in LM or Prime Icon in CM to give him a full chem. Other than that, I admit that the option is very limited. But trust me, for under 90 K, this guy is the best game changer that you will ever get. Even with 7 chem, or a 5-chem as a super-sub, I don't think he is overly expensive and can be subbed to all areas of the pitch which will give you more depth to your team. And since this is a special card, he will retain most of his value because it is not in the pack anymore, so you won't lose anything by trying him out.

- A bit lacking in heading and jumping

So I stumbled upon this little guy when I was looking for a cheap LB. He looked he had decent stats for a defender. At the time however I was looking to play a different formation as I heard the 3 can be pretty fun... I start off with 5 at the back for Chem purposes and switch in game to 3-5-2, this formation is heavily heavily reliant on the wings and let me tell you this man is NEXT LEVEL. You put engine chem on him and hes a 91 rated LM. He becomes a passing god, to the point where he is taking all my corner kicks! He has 99 FK accuracy to! I have him taking all my set pieces over Kevin DeBrune.

His dribbling honestly is incredible, he feels like a poor mans Messi.

With the 3 at the back he does not need to defend has much as a normal LB but he still can do a decent job. Only thing you have to worry about with him is when it comes to corner kicks or cross he is pretty small.

My stats so far

All in all if you are playing a formation like 3 at the back or with wing back.. this guy gives you sooo much. He is a better option than any LM due to his defensive stats and most LB dont have the dribbling and passing he does going forward.

IF you are looking for more of a normal LB there are prob better options out there.

Finishing (esp if you play 3 at the back he will always find himself in good positions, but can be let down by his finishing)

League (Can be hard to link with a hybrid squad)