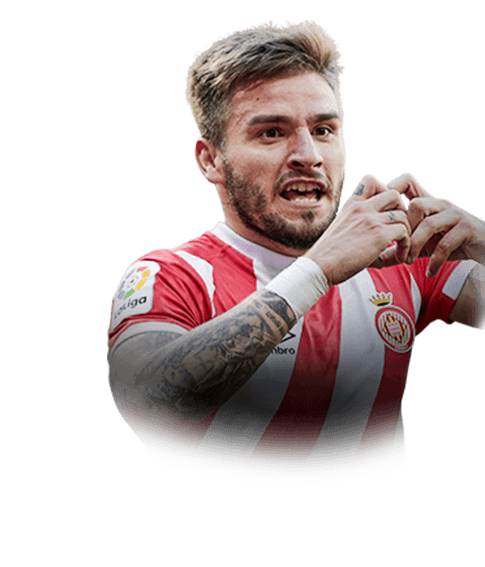 Packed him as a red, which worked out well, because I was looking for a LM to play in a 3-5-2 which I had just switched to. At first glancing at the card, I wasn't sure he would be a long term solution because of his poor crossing, composure, and reactions, but he has been surprisingly solid in the squad.

85 pace would be plenty for me normally, but I use a catalyst on him because he needs as much of a crossing boost as he can get. As a result, he is extremely quick moving up and down the flank, easily beating quick defenders, and catching up to attackers.

Ideally I would put a deadeye on him to get the positioning and finishing perfect, but I can't because I need to focus on the crossing. As a result, his finishing is somewhat underwhelming. He normally tucks away the easy chances, but don't expect anything too spectacular from him. 92 games, 10 goals, although that could also be a consequence of my playstyle of primarily scoring through the middle.

The crossing is pretty dreadful without a chem style on him. With a catalyst, he has 80 crossing which still isn't quite where I want it, but it normally gets the job done. Combines well on short quick passes with midfielders and strikers. 12 assists in 92 games isn't great, but it's also almost certainly a function of how I am using him. He focuses on getting the ball up field while on the other wing, Ziyech handles chance creation along with central players.

In my 3-5-2, the wingers are responsible for a lot of the ball progression. He carries the ball pretty well, but against more physical players he can be pushed off the ball rather easily because his balance is quite poor. Better off running quick passes/balls in behind for him to get onto.

The defending stats for a winger are quite solid on paper, but even those don't do him justice. In an average game, he is winning the ball more often than he is giving it away. Makes a fair few interceptions and puts in solid tackles (at least against poorer dribblers/RBs). Heading is surprisingly good for someone his size and with modest jumping stats.

As far as wingers go, he is probably among the most physical I've used, with my best comparison being 87 Perisic. Pushes most wingers off the ball quite easily, even with only 74 strength. Stamina is decent, but because I as a lot out of the wingers in the 3-5-2, he normally has to be replaced around the 70th minute.

Physical (for a winger)

Crossing (without a chem style)