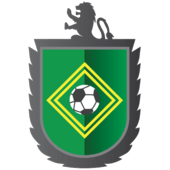 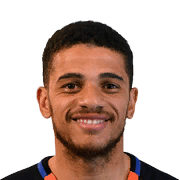 Probably the most value for money winger I've tried so far.

It's great, not like Usain Bolt, (or Mbappe), but yeah, its great.

He is fantastic on the ball, really good dribbling and ball control and feels really smooth in possession. With engine his dribbling stats is almost perfect and combined with his 98 acceleration and 96 sprint speed to get an amazing threat on the attack.

one of the best part about how his stats are combined is that you can play him in many ways. if you like sprinting and through balls he's your boy, if you like slow build up he's great on the ball and can easily delay play for your team to get into positions. If you like skilling past the defense, no problem...

His shooting is really good. I was not expecting this good shooting from what the stats read, but he preforms well over the expected. The go to finisher is the RB shoot from outside the box. its amazing. He doesn't have OP shoot power or anything but it just isn't needed, they just go in anyway. I haven't been mad about stupid misses inside the box so far, and I haven't been amazed either so I guess it's where it should be. He actually scores quite some headers on the far post, but I would argue that is more likely because fullbacks doesn't seem to be allowed to jump in this game.

Not amazing, not bad. rarely misses basic passes, but isn't the best passer in the game. it's average, but with engine on him there is rarely anything to complain about.

He's what you can expect of a 5'8 LM/LW, He can support your fullback and does a good job, but isn't really a defender.

Again, a smaller type of a winger. you are not going to bumping big CB's of the ball to much, but he isn't as fragile as Neymar or other really short attackers. The point of this player is to avoid physical play when you are on the ball,

Stamina is fine, but not amazing, I sub him of at about 70 mins most games, but that kinda happens to wingers in a 442 no matter what stamina they have.

This is one of the best wingers I've tried this year. he actually benched the likes of: Rashford, Martial, Promes, IF Anderson, Lemar, and Sané, which are at a different price tag. I just like him more. Now don't expect an icon if you buy this guy (at 800 coins) but he will get the job done for you. The absolute best part about him is that he has so little flaws. He really doesn't fail at anything AND is amazing on the ball with great finishing and dribbling.

Playing at Shaktar in the Ukrayina Liha might be intimidating but being Brazilian fixes that seamlessly. Also in Shaktar you can find the Brazilian LB Ismailly who is just as Value for money as Taison meaning you have a perfect link and chemistry done for both players in any formation linking a LB with LM/LW. Apart from that, linking with Brazilian players is the easiest thing this year. Iv'e been playing a lot with Chinese league players this year and they are mostly Brazilians so that's just perfect for me.

One of my first picks when building a budgget squad.

I've been using him as a sub for alot of games in other squads, and been having him in teams where I play around with other stuff so I guess I've fucked up his stats a bit...