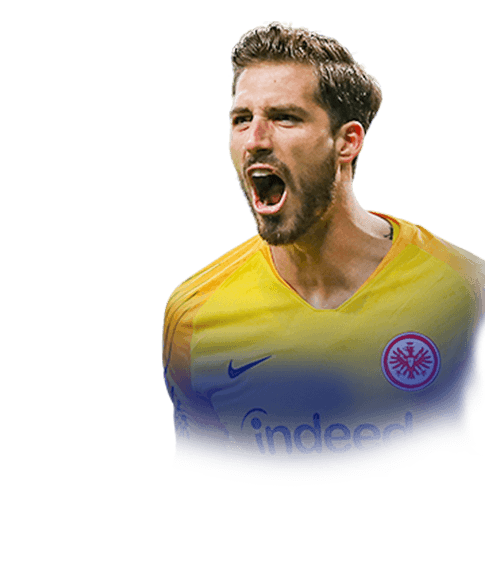 today I would like to convey my experience with this PSG's loaned goalkeeper.

First of all, I did not want him from my pack but ey, it is what it is.

Secondly, do NOT buy him, his stats look amazing, but it's a Trapp - he cannot save simplest shots, and often makes weird mistakes which make me question my existence and make me ask myself why I still turn on this game.

He was free, at least for me xd

To start, I'm a div 4 player so by no means an expert, but I have tried quite a few good players this year. All the games I played with him were in div rivals

Got this guy in my guaranteed TOTS pack, along with 8 of my 10 friends that play FIFA, and was a little disappointed, especially when I saw the awful review that was up. Thought I would just recycle him into the next guaranteed TOTS SBC, but that I should try him until then. I had got TOTS Halstenberg in a Bundesliga upgrade the day before, so did Tah to fit the 3 of them into my squad, replacing UEL Alonso, tradeable TOTS Laporte and untradeable TOTS Ederson, and wow. He is absolutely incredible I almost feel bad for the people I play when he makes a reaction save and then while he's on the floor they head it into the other top corner and he CATCHES it straight out the air. His long range saves are absolutely unbelievable - haven't conceded from outside the 18-yard box yet and have played against TOTS Suarez, moments Rivaldo, CR7, prime R9 etc.. Reactions are also ridiculous, saves so many 1-on-1s and close range efforts. His 99 diving, kicking, reflexes and 98 handling really do feel that good. Would absolutely recommend him for anyone that can fit him in, and at 99k he's an absolute steal.

Speed? He's slow but don't think he's ever needed the pace with his other stats, and he feels way faster than 65 speed anyway

Some people might say height but there's no way you need more than his, he's not conceding any long shots

So I got Trapp 95 in my player picks and was satisfied, thinking okay, I got a 95 keeper how bad can he really be? To my dismay, and to anyone who plays him, he is the worst keeper I've used in Fifa 19. Honestly. There was a time I was using 79 Onana gold card in FUT Champs, and even he did better than Trapp. He is terrible at long-shots, one-v-ones, slow off the line, and has a very erratic save-style. For example, if the ball is coming at him, he will flail his arms around, like he's hoping his hand might happen to touch the ball and as if he's in a Sunday League team. He's also way too short to be anywhere near worth using at a higher level. This makes his longshot stopping ability non-existent. Longshot after longshot would go in and even easily savable punts for 40 yds. out would go in. Keepers in Fifa 19 need to be *at least* 6'4", if not taller. The only positives I can say is that sometimes you'll get lucky with him and he'll save a few contested close range shots and he's a relatively cheap 95 player for SBC's. At the moment, he's worth around 100k. Save yourself the grief, and buy a Neuer or a UCL Live Fahrmann. Both cheaper, and a million times better.