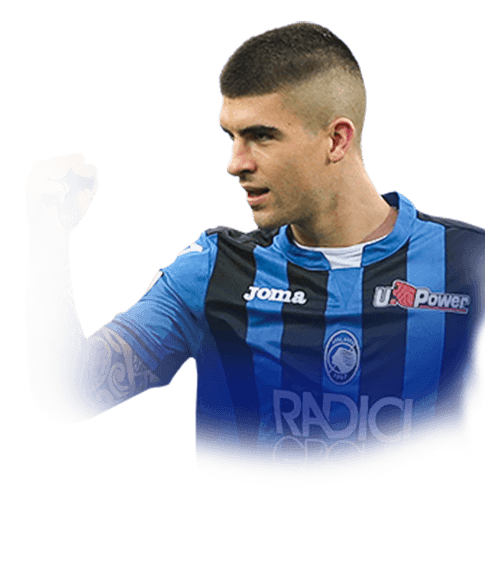 I know what we're all thinking, "Oh no, what a trash card!", and everyone and their nan is going to get him in their Player Picks. However, while it may suck compared to other options, this isn't actually a half-bad card. He definitly plays better than his stats may suggest. The first thing you'll notice while using him is that he's actually really fucking good in the air! He's 190 cm tall, so decent enough, with 82 jumping. You can definitly get better, but it's fairly good. However, he seems to just be one of those players who just... Wins headers. He's beaten VVD, he's beaten Varane, he's beaten CR7. I can't expalin it, he just wins headers. Obviously he's also a decent defender, not the fastest, but slap a Shadow on him and he'll be fine with 80 Sprint Speed.

He's fairly smooth on the ball, definitly better than his defensive partner Koulibaly, and probably also better than Manolas, who he replaced in my squad. His passing is a good as you need a defenders to be, but don't go LB+Y'ing it up your strikers.

Overall, a decent Serie A defender. I'd rate him above players like Manolas and Skriniar, and about level with Koulibaly, albeit a different skillset. Worth it for 30K? If Koulibaly is, then so is this guy. You could get Manolas for 1/3rd of the price though, if it doesn't bother you. I just like pretty blue cards.

HeadHe's a monster in the air, despite his stats.

Smooth on the ball.

Solid defender all around.

Every time you see him you'll be reminded of the dissapointment of packing him.