I'm a sucker for efficiency when building FUT teams. If I had 500k spare, I'd prefer Kyle Walker or Valencia RB and spend that money upgrading other positions. 'Full backs just don't influence the game enough' I thought. This TOTS Da Costa flipped that perception on its head for me. I sniped him for 400k at the time and decided to give him a go at 7 chem @ RB instead of my Mbabu for WL.

I can say confidently: this card is the best RB in the game. Better than TOTS Trent, better than EOEA Valencia, better than Live Aurier - hell I'd go as far to say that I'd assuredly take him over TOTY Varane at RB (although I've never tried him there). He's incredible. I'd never thought a RB could be a gamechanger, but TOTS Da Costa's brilliance has converted me.

Before the review, some context. I'm a Gold 2ish player and I played all my games with Da Costa at RB (and a couple games with him moved to CB at half time when my opponent had a CR7, Son, Auba, R9 that I needed to lock down) in WL.

Outstanding. This card may be the fastest card I've ever used, no sluggish start just pure pace. Rapid. He didn't get outpaced once, and god knows how many times I faced R9, CR7, etc. Instantaneous. I'll stop talking like OptaJoe now. Thanks.

Player comparison: This is a really weird comparison but if you've ever tried TOTS Telles, he feels really similar in his running animation and acceleration curve (maybe a bit faster).

Starting with the positives: his positioning is immaculate and the overlapping runs he made to get into positions to cross were fantastic. Actual shooting wise, I don't think I attempted a single goal attempt on the ground with him (all goals were headers). His longshots and shotpower are alright on the card I guess so he might be able to bang them in now and then? I'm sure its a weakness but with the current meta and how I personally play, I don't think it is that important.

Feels like: 50? 60? 70? (If you're buying him to shoot with him, probably not a great idea. He can probably hit them every now and then though)

Player comparison: I guess any other full back who doesn't really shoot. Kyle walker, Lala, Cancelo I guess, etc.

In retrospect, this probably isn't a surprising conclusion as he literally has 91 passing with a great hidden stat distribution (meaning low FKA); he is a great passer. If you follow the FIFA 19 meta somewhat, you'll probably know about the concept of 'switching lanes'. Basically if you're playing on the right side of the pitch and your opponent has a great coverage of defenders, then you basically lob it over to the left side of the pitch. Seeing as I play 41212 narrow, this responsibility falls on UEL Alonso and TOTS Da Costa. He hasn't failed me yet. You'd expect him as a bit of a brute to fail in this department but I kid you not my man was delivering balls like he was Prime Xabi. 3/4 assists were from crosses, he's a great crosser, I mean he has 99 crossing, enough said. 1 other assist was from a through ball to my striker I believe. Overall great.

Player comparison: Everyone will compare him to TOTS TAA so putting it bluntly TOTS TAA is a better passer, although TOTS Da Costa is still elite and endgame in this quality.

DID NOT FEEL SLUGGISH, I REPEAT DID NOT FEEL SLUGGISH. I mean that's what everyone will be wondering about so there it is. My biggest fear with the card but fortunately felt very agile despite his height. Ball control was excellent (he did not miscontrol a single of the aforementioned switching lanes long passes). Dribbling was fantastic even at high speed (if you used UEL Alonso at 84, you know how he made those clunky touches - good news, nothing of that sort here). His strength is very high so although his balance is a bit low (76) I cannot recall him ever falling over. If this is any comforting to you balance abusers (you're out there) I genuinely thought his balance was mid 80s and I just noticed that it's 76 writing this review.

Player comparison: I've spent 30 mins thinking about this and I would say very similar to CR7 without the leaning running animation. Or like a taller TOTS Telles but the movements are not as refined. Before you go report me to your nearest local authority, compare him stats wise to CR7 and look at his height. Or just go and try him, but what's the point of this review then?

Someone once said you couldn't take the ball off Messi in a telephone booth. I can confidently say that Da Costa could because he did on an open field. Several times. For me, Messi is the most annoying player to dispossess because although he doesn't have the strength nor the extreme pace, he has those BS EA custom animations which help him hop through an entire paddock of players. Da Costa's extremely long legs and high defending stats help him to match up against agile and tricky players of FIFA like Sterling, Messi, Mertens, etc. You know how VvD barges through players and never picks up penalties? Da Costa is much of the same. Along with his pace and physicality he can also match up against bigger strikers like R9, CR7, Ibra, etc. To highlight how good he is, In a few games I had CR7, R9, Neymar running rampant behind my CBs so I moved him to CB and SUBBED OUT VAN DIJK to lock them down. That's how effective he is. Great AI defender, his workrates did not affect him even with balanced attack, obviously YMMV.

Heading accuracy is in defending technically so I should mention it, great heading. I controlled him on my corners and he was very successful in clearing out balls, he also scored 2 header goals for me.

Player comparison: Fabinho, Varane, VvD - players with long legs, I'm sure you know the ones.

Jumping was awesome, perfect for the backpost header meta. CR7 doesn't have anything on him. Stamina was great, FB in a 41212 narrow is probably the most draining position in the entire game, and I never had to sub him out, was still quite effective in the 120th minute. Strength is obviously outstanding, bullied CR7, Eusebio, R9, Ibra even. Aggression was a bit low on the card (86) but felt relentless nevertheless, none of those stupid bounces after a tackle which bobble back to the opponent.

Great at RB/RWB, CB and I'm sure at CDM although I haven't tried him there. Chem style wise, I used basic but I'm sure Anchor, Engine, Guardian would be good choices.

Outstanding player and will certainly be my rightback for the rest of FIFA 19. He's better than any other RB in the game currently by a longshot and I wouldn't imagine any other TOTS RB in the game after this to be released that would be comparable. (perhaps TOTS Cancelo but it depends on what physical EA will give)

Reading back over this it seems like I'm just hyping up everything about him but he's truly sensational. At least try him, as more people start realising how good he is, his price will inflate unquestionably. If I payed his max price, I'd still be pleased. Wait until WL Bundesliga rewards and pick him up. You won't regret it. 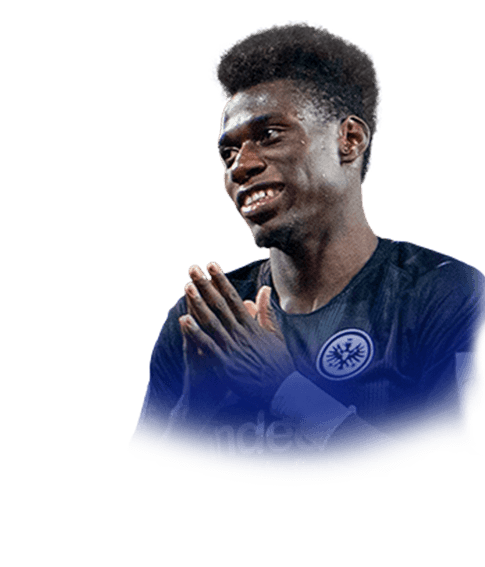 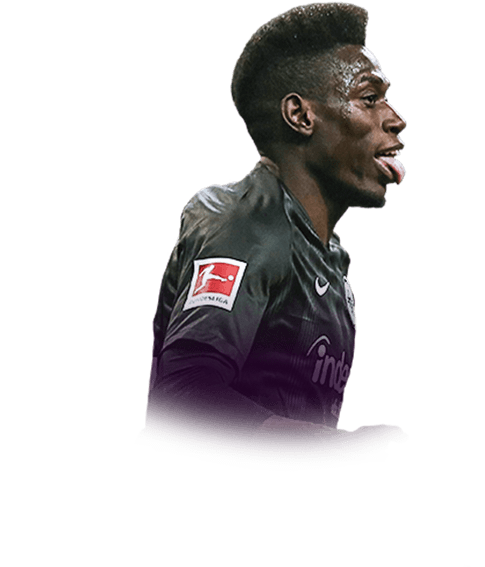 In futchamps I was running a scrappy defense cuz I was waiting for future stars to drop in price and didnt want to buy an expensive replacement and face taxes so I scraped together a defense with fut swap guilavogui and futmas boateng at cb. I knew I would get this guy cuz his stats are insane. His defensive positioning is really good and his strength as well as his good tackling makes him quality in defense. Then on offens...
Read full review

My plan was to get FUT Swap dembele all along until I accidentally missed the Squad battle swap player. I gave up immediately and decided to get Da costa instead of grinding those sweaty objectives. I was very hyped up initially when I saw his stat and I played him alongside Boateng with Neuer in goal. I thought I had my right side defence pretty covered but I was horribly mistaken. Let me explain.
Read full review
0
/600
Update my avatar Dos and don'ts
Top Rated
New
Controversial
Show comments