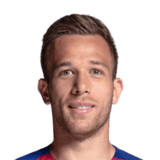 0
Red
Upcoming Matches
P. Chemistry
Squad chemistry
ST
74
RW
79
LW
79
CF
80
RF
80
LF
80
CAM
82
CM
83
RM
80
LM
80
CDM
79
CB
74
LB
75
LWB
77
RB
75
RWB
77
Reset
Basic
Sniper
Finisher
Deadeye
Marksman
Hawk
Artist
Architect
Powerhouse
Maestro
Engine
Sentinel
Guardian
Gladiator
Backbone
Anchor
Hunter
Catalyst
Shadow
Comments
Reviews
0
/600
Update my avatar Dos and don'ts
Top Rated
New
Controversial
Show comments
Top Reviews
Only logged in users can submit a review
A review must be written in English
At least 200 characters are required.
Compare this player to other similar players you have used(optional).
If you import your club to FUTBIN or send us an image with the player data(fill the form below) your review will be marked as verified.
Include what you liked about the player in the pros area and what you disliked about the player in the cons area.
Your review will be manually checked during the next 24 hours.
Chem Style Used
Formations
Position
Rate Player Base Stats (1-10)
Pace
5
Shooting
5
Passing
5
Dribbling
5
Defending
5
Physicality
5
Most Used In:
Submit Review

Arthur, Iniesta reborn... When picking up this card for 7k i didn't expect much if i'm being honest, it looks like quite an average card. After playing a couple of games with this card i noticed something magical, taking me back to a simpler time on FIFA 14 where a 89 rated Iniesta would glide through opponents in midfield like they weren't even there only to then play a beauty of a through ball over the opponents defence to the lurking striker, Ahhhh the good times, Well that is exactly what this card feels like. Arthur is insane, his amazing dribbling allows him to beat anyone that tries to tackle him and his passing is much better than what the card suggests. his shooting is not the best but he usually does not push that far up the pitch as he stays in the midfield controlling the game and waiting for the opponent to try an counter as his defending is also an added bonus. His pace is not a cause for concern as you can hardly notice it in game however one thing you do notice is his height as he isn't the tallest and doesn't have high jumping he is not going to win you any headers.

Pace (could be a little bit faster)