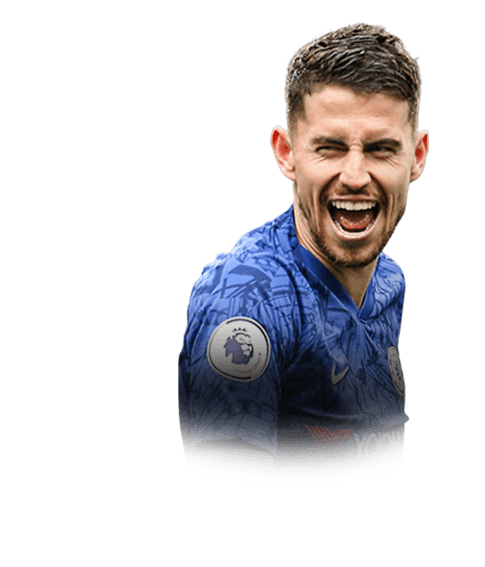 As a Chelsea supporter I had to try this card out:

Ive played with Jorginho for 5 games now and I'm very impressed. Playing as a defensive cm in a 4231 he has been playing identically to how he plays for chelsea.

On the ball he is very good and defensively he has been even better. His in game knowledge of whats going on around him is incredible he is always looking for forward runs and picking them out in an attacking sense and picking them up in a defensive sense. He is also always covering for players if they are out of position.

Passing: 10/10 he rarely miss places a pass( if they are rational passes, not a pass from your box to the opposite corner flag perfect to your players feet)

On the ball: his ball control and overall ball movement is very good and his agility and balance is nothing to complain about.

Awareness in game is 10/10 he plays exactly how he does in real life.

Defesive: tackling is very nice 8/10 and his interceptions are also top quality.

Pace: yes he's a little slow but if you apply a shadow he doesn't feel any wear near as slow as his card suggests.

Shooting: His shooting is very average, he can score a goal here and there but don't go trying to bang every shot in with him.