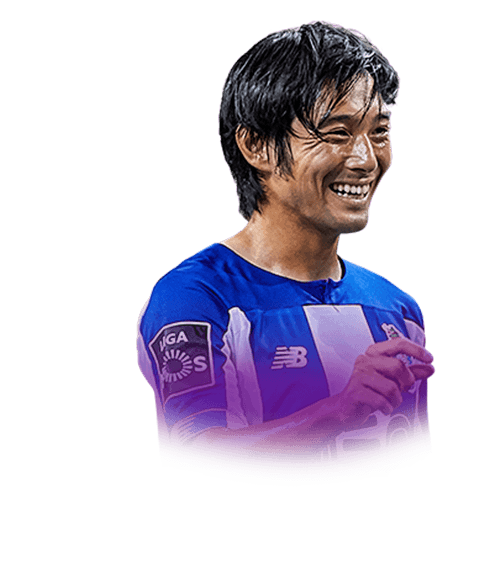 0
Red
Upcoming Matches
P. Chemistry
Squad chemistry
ST
79
RW
85
LW
85
CF
84
RF
84
LF
84
CAM
85
CM
80
RM
84
LM
84
CDM
64
CB
52
LB
64
LWB
68
RB
64
RWB
68
Reset
Basic
Sniper
Finisher
Deadeye
Marksman
Hawk
Artist
Architect
Powerhouse
Maestro
Engine
Sentinel
Guardian
Gladiator
Backbone
Anchor
Hunter
Catalyst
Shadow
Comments
Reviews
0
/600
Update my avatar Dos and don'ts
Top Rated
New
Controversial
Show comments
Top Reviews
Only logged in users can submit a review
A review must be written in English
At least 200 characters are required.
Compare this player to other similar players you have used(optional).
If you import your club to FUTBIN or send us an image with the player data(fill the form below) your review will be marked as verified.
Include what you liked about the player in the pros area and what you disliked about the player in the cons area.
Your review will be manually checked during the next 24 hours.
Chem Style Used
Formations
Position
Rate Player Base Stats (1-10)
Pace
5
Shooting
5
Passing
5
Dribbling
5
Defending
5
Physicality
5
Most Used In:
Submit Review

Amazing player. Ive use messi as a striker and he was my favorite player so far in fifa but after using this guy he is just as much a game changer just harder to fit in your squad but much cheaper if your willing to do the sbc. Strongly suggest this player if your looking to have fun he is so quick and agile its awesome.

Speed, agility, stamina, passing, shooting both feet he even scored a header and hes super short

little bit weak but not noticeable if you use him properly

For reference, I start the game with this formation and swap in game using custom tactics: https://www.futbin.com/20/squad/13829616

First off, I don't even know where to start with this guy. He's immense, always showing up for me in the 54 games I have used him so far. 53 of those games have come in WL or Rivals Div 4, with only one game in SBs for that damn objective that required me to play with Liga NOS/Every other small league in the game. In those 54 games, he has scored 60 goals and has 41 assists, putting my team on his back and just pumping up my SR right up to the edge of Div 3, which is the highest I have been since I got the game at Christmas time.

He's quick, and he feels super smooth as well. The only reason I didn't put 10 is because as with every attacker, sometimes those defenders like TOTY VVD will catch up, which is understandable. However, 9/10 times that he breaks through the back line with the ball, he's GONE. Defenders will stare in awe as the Japanese god himself takes a direct path to goal like a man on a mission. Nothing can stop his acceleration as he busts out from a standing position to 60 miles per hour in the blink of an eye.

In my opinion, Deadeye as a chem style is the most underappreciated chem style in the game. It turns any fast,agile bugger into a technical powerhouse, and the Drift King is no different. Putting his finishing up to 97, it makes sure that Shoya can finish the hopes of your opponent in the 30th minute of weekend league as he bags himself another hattrick. I do not understand how he can score from the angles he does, but I make sure to just hit the shoot button any chance I get inside 15 yards as it will find the back of the net with ease.

Honestly I didn't notice his passing too much, but considering he sets up Kubo very often, it does the job well enough. I am usually too busy saying "What the hell was that angle you just scored from" to be bothered to pass the ball away anyway.

God in the box, sometimes literally untouchable. His combo of agility and balance, as well as his rapid acceleration make him a joy to drift around defenders. This is why he is the Drift King baby. No one can stand up to him when the ball touches his boot.

He's also one of those players that defenders will get a clean tackle on and he will still come out the other side with the ball. It happens way too often for me to consider it luck with him at this point.

He can do the press, but having him on stay forward as a tactic means he's not dropping back to do his duties on defense. He knows his main job is to bang in goals for me, and he must retain his godly powers to focus on that one task.

He ain't strong, but he's got stamina to run a whole game so long as his duties are directed up front.

I know, you're probably saying to yourself, "If I am going to put every single team from the Liga NOS into the great abyss of SBCs, I want that 80 in every stat Argentine bloke who can link to my 7 versions of Acuna." But let me tell you one thing, that's a MISTAKE. Every moment you sit with your decision to take some Sporting Lisbon fraud, this smiling Japanese man grows more and more powerful, and boy can I feel it in game. So please, keep telling yourself Battaglia is a "beast", when all it does is make my Nakajima more hungry for glory.

Shooting: I don't know why but the guy doesn't miss

Dribbling: He's one of them broken cards that keeps the ball after tackles

Physical: He's small and weak at times but usually can just slip out of a straight up battle

As soon as his league SBC dropped i knew i had to have him (I packed a red Telles). Looking at face stats alone he looked like an absolute fun player, and after unlocking he has been one of my favorite wingers on the game (played 100+ games with him). He is lightning fast and can sprint all game no issue. Dribbling is insane, the ball stick to him and he can easily dance through defenses and play the last pass to create a goal chance. His passing in general is very good, My wingers are heavily involved in my build up play and he can play passes with little to no issue most games. HE IS WEAK! Literally his only issue is how weak he is but if you can dribble well and stay away from defenders it really isnt an issue.

All in all I LOVE this little guy. Currently he is the lowest "rated" player in my squad and I don't feel any need to upgrade him for another player.

He may not be "Meta" but i play to have fun. Most the games are online div5 and weekend league usually Gold3 finish.

Hope this helps anyone trying to decide to do his sbc.