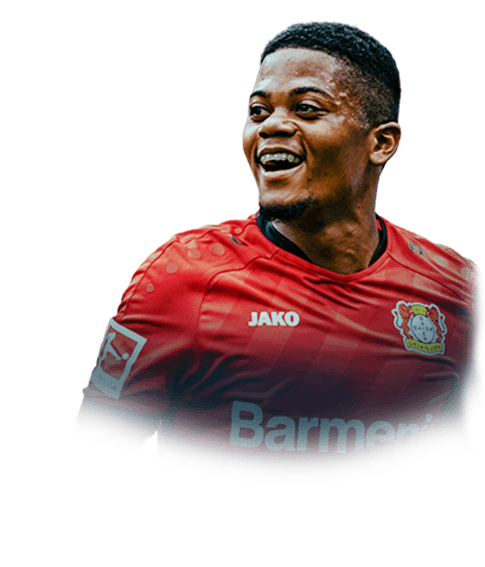 I was looking for a Bundesliga lefty LW since I got my untradable IF Werner and this guy didn't dissapoint me at all.

Faster than Coutinho and better shooter than Coman.

If you can link him, get him!

Deadeye on him for better passing experience

Played like 30 games with him now and dont know if i would do the sbc again. paid 155K for him. i dont think hes worth it. the biggest problem with him i have, is that hes like not in the spots where i supposed him to be and where other wingers that i have used use to be, due to the workrates i think.

changed him to striker ingame and that worked better for me, his shoots are phenomenal and very powerfull. the weakfoot is not noticeable.

whatsoever, his stats may let him look like a cheap mbappe, but he aint, theres a reason why mbappe is about 1KK, but if you play a bundesliga squad he maybe your player of choice, due to other opportunities and even some good linking-possibilities like Havertz IF and Wendell RTTF.

Passing kind of inaccurate, even with deadeye

Pace - 10/10 - This card feels rapid, can burst away from any defender when needed and is the fastest card I've used all year for sure.

Shooting - 9/10 - The left foot of this card is incredible, definitely no other player with a left foot this good for this price, he scores 8/10 times on his right when in good positions too, a very solid card, have barely tried his long shots but don't feel he gets into many good opportunities to use them.

Passing - 7.5/10 - Good passing, short passes usually go to the right player but can also blame servers for bad passes, due to less power than I put in or just the wrong player, passing is consistently good though and a good attribute of the card.

Dribbling - 10/10 - This guy glides... it's crazy, since he's so fast he can dribble so well, yet still keep the ball close to his feet in tight situations, his high agility and balance means he is very solid against strong defenders with perhaps poor agility or reactions. Can easily dribble past goalkeepers and dribble along the base line and can beat players in tight spaces like the box.

Physical - 6/10 - Decent physical, the stamina is good but the strength is a worry sometimes, bodied off the ball by defenders such as pique, ramos, vvd, lenglet, varane etc. but the guy can run for a full 90 mins no problem and will still have energy left.

If you did not get this card I highly recommend that you get his next special card if there is one, as he is a very solid card, only problem is the links but I link him to TOTY nominee Havertz.

Please note squad included is not how the team starts and is how I use it ingame! Gnabry and Bailey both get in behind.