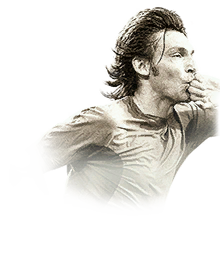 -
Sub out
Upcoming Matches
P. Chemistry
Squad chemistry
ST
83
RW
90
LW
90
CF
90
RF
90
LF
90
CAM
92
CM
93
RM
92
LM
92
CDM
86
CB
75
LB
83
LWB
86
RB
83
RWB
86
Reset
Basic
Sniper
Finisher
Deadeye
Marksman
Hawk
Artist
Architect
Powerhouse
Maestro
Engine
Sentinel
Guardian
Gladiator
Backbone
Anchor
Hunter
Catalyst
Shadow
Comments
Reviews
0
/600
Update my avatar Dos and don'ts
Top Rated
New
Controversial
Show comments
Top Reviews
Only logged in users can submit a review
A review must be written in English
At least 200 characters are required.
Compare this player to other similar players you have used(optional).
If you import your club to FUTBIN or send us an image with the player data(fill the form below) your review will be marked as verified.
Include what you liked about the player in the pros area and what you disliked about the player in the cons area.
Your review will be manually checked during the next 24 hours.
Chem Style Used
Formations
Position
Rate Player Base Stats (1-10)
Pace
5
Shooting
5
Passing
5
Dribbling
5
Defending
5
Physicality
5
Most Used In:
Submit Review

5.0
The Regista
20 users liked this review

Being one of my favorite players to have ever played the game, I had to try this Pirlo out. Just to preface, I haven't bothered trying any of his other versions all year as I didn't see them usable, I decided to wait for the Prime Moments card as I knew this would obviously be the best boost he would get all year.

Initially, this card was still suspect to me as he didn't get any major pace upgrades but I thought 76 was at least something I could work with in the midfield, you also have that way more usable 85 shooting - this is still something that I thought needed to be boosted via chem styles (because of his low finishing and shot power).

It seems that, although a lot of users seem to put defensive-based chem styles on him, I wanted him to be more of an offensively-based player and I think this is the beauty of this card, he can really do anything in your midfield that you would need. He can cut some passes out in a defensive role and deliver some of the best balls that I have ever seen in this game - I just thought he was better suited for a CAM role personally.

I decided to use the sniper chem style on him to give his finishing and positioning that much needed boost. Sniper also boosts that always important agility and balance on the card - This is something I thought would be a must to help him feel more responsive to make up for his lack of pace. Realistically, even if you use a hunter on him 85 pace isn't going to be fast enough to pace abuse through balls so I didn't even bother touching the pace as I wanted to utilize his specialties - hold-up the ball, dish dimes throughout the pitch to the pacey RAM, ST, LAM.

This card outperformed everything I would have thought, the balance and agility boost from sniper helped him feel super responsive so the pace for his role made no difference. He was very good on the ball and with the 5-star skills, he was able to easily get away from defenders in the midfield to get the ball out for a one-two pass or perfect long ball to put my team in a good attacking position for a chance on net.

*All of these pros include the use of a sniper chem style:

Pace - Not really an issue for me in midfield, even without touching it. His boost in agility and balance made it a non-issue.

Shooting - Pirlo was an amazing, clinical finisher with the sniping chem style. He has the "Outside Foot Shot" trait which helps with your near post or accross goal power shots. The finishing being boosted to 97 and the positioning being boosted to 94, ensures that he will be in all the correct positions and will finish the chances when they are there - even if this means it is an outside-the-box finesse shot across goal.

Passing - Believe me when I say this... You will not find a better passer in this game. Over the top through balls to outside CAMs, ground through-balls to the forward and outside CAMs - it doesn't matter, you can have confidence that when Pirlo is on the ball he will complete any pass you need him to... with perfection.

Dribbling - Absolutely incredible. With his boost in agility and balance, combined with his already excellent ball control and dribbling, Pirlo gets it done in the midfield. The dribbling absolutely makes up for his lack of 90+ pace in a CAM role, making him feel super responsive while on the pitch.

Defense - For the role I played him (central CAM), fantastic. I generally don't expect a lot of interceptions from my CAM, but he would make some crucial, high-press standing tackles that would immediately put my team on a counter with a great through the ball with him. Long story short - the 76 defense doesn't hurt to have on your CAM at all.

Physical - Truthfully, don't expect much from him here. He has the stat you need most from a cam: 90 Stamina. This stat ensures that even in a CAM role he will have enough in the tank to go a full 90 or 120 if needed.

I tried several icons this year, I played a lot of games with Rui Costa Prime (excellent player), but nobody surprised me like Pirlo Prime Moments.

I put hunter on him and not Shado as many choose, he's a danger in the opposing area, often capable of lethal insertions.

But obviously his strong point are the passages, so precise as to be unnatural. Able to find the striker even in very tight spaces, with short or long passages.

Fun to use. The perfect offensive midfielder.

Not so strong, defensively not a champion.