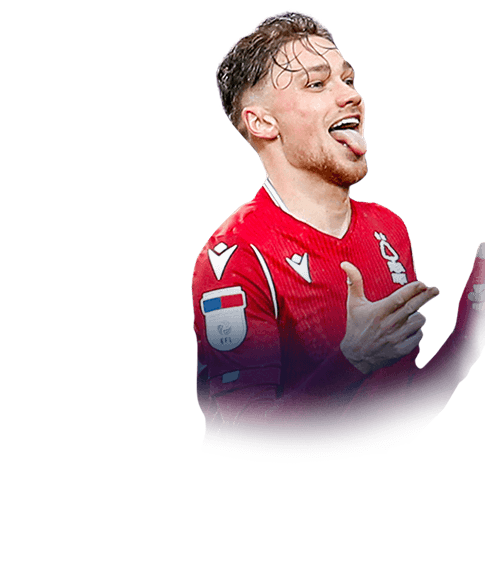 1
Sub out
Upcoming Matches
P. Chemistry
Squad chemistry
ST
77
RW
84
LW
84
CF
81
RF
81
LF
81
CAM
83
CM
84
RM
84
LM
84
CDM
83
CB
78
LB
86
LWB
87
RB
86
RWB
87
Reset
Basic
Sniper
Finisher
Deadeye
Marksman
Hawk
Artist
Architect
Powerhouse
Maestro
Engine
Sentinel
Guardian
Gladiator
Backbone
Anchor
Hunter
Catalyst
Shadow
Comments
Reviews
0
/600
Update my avatar Dos and don'ts
Top Rated
New
Controversial
Show comments
Top Reviews
Only logged in users can submit a review
A review must be written in English
At least 200 characters are required.
Compare this player to other similar players you have used(optional).
If you import your club to FUTBIN or send us an image with the player data(fill the form below) your review will be marked as verified.
Include what you liked about the player in the pros area and what you disliked about the player in the cons area.
Your review will be manually checked during the next 24 hours.
Chem Style Used
Formations
Position
Rate Player Base Stats (1-10)
Pace
5
Shooting
5
Passing
5
Dribbling
5
Defending
5
Physicality
5
Most Used In:
Submit Review

Verified
4.5
There’s a star man running down the right
20 users liked this review

i dont even know where to start with this guy, not only is he the best player in the league irl, he’s an unbelievable player to use on fifa.

To get the most out if cashy i mainly used him in right attacking midfield (8 games) and then 2 at rb and in both positions i could have asked for more, he can really do pretty much it all and for his price why not try him out

I used him in a draft and he was very good. Then i realized i can link him in my squad and then bought him. I didnt play a lot of games with him, but in this 18 games he stopped POTM Neymar, TOTW Mbappe. imo he is one of the most underrated cards. He felt rapid, for a RB his shooting was exceptional, passing is incredible, he was one of the best full backs dribblers i've used. His tackles were alright and his interceptions. His stamina is mental. Dribbling...... fenomenal for a full back, 99 agility, 86 composure made a big diffrence. I'd suggest to you this guy right here and he is extremely cheap