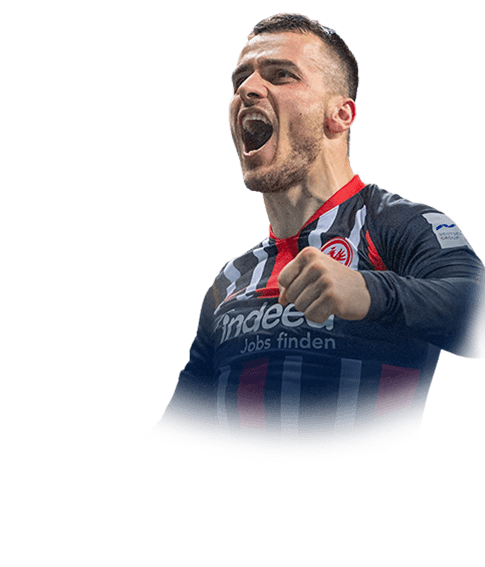 So I got Kostic in my redpicks and i needed a LM who i could switch to a CM in a 442 formation, and he was pretty good tbh defensively pretty good and he supported the attack pretty well

So I packed this guy in my deluxe TOTSSF pack. At first, I was a little disappointed because there were so many other players I could've got, but after actually using him I realised how insane he actually is.

Firstly, 3*3* isn't that big of an issue for me because I can adapt to his playstyle and his weakfoot feels like 4*.

This guy is so fun to use and he will bang goals in whenever you shoot.

I play him with a sniper at striker but you could actually play this guy anywhere because he is so well rounded.

His defending is surprisingly great so he would fit nicely at CDM, but I feel he is wasted there.

His passing is astonishing and he can pass with both feet no problem.

His dribbling is brilliant and combined with his 97 acceleration and 96 sprint speed he actually feels faster than Adama for me.

All of this combined with his physical turns him into an absolute monster. He often pushes VVD and Boateng to the ground with his strength (which feels like 99) and fullbacks never pose any problems.

He scored 16 goals and got 5 assists in 9 games all rivals.

So basically, this guy is the most 'worth it' player for only 150k!

Shooting. He never misses and accross goal shots are OP on this card.

Pace. Quicker than all defenders.

Dribbling. His touches are great and allows him to make breakaways through opponents defences.

Defending. He has amazing defending for an attacking player.

Passing. Great passing on both feet.

Maybe 3*3* although I didn't really notice it.

Gives you a heart attack when you pack him from the deluxe pack because you think you've packed the GK.

he can play at CM/CAM