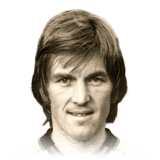 My honest review of prime Kenny Dalglish. To say I wasn’t impressed by this man would be a complete lie, but I expected him to be great before I purchased the card for 2.7mil simply because I had used his baby card in draft so many times already and I assumed his prime could only be better. That being said….is he worth the coins?
Read full review

So i decided to buy and try this guy because whenever he played against me, he was always a pain in the a**. So i decided to try him playing the 4-2-2 (2) formation, using him as a ST along with prime Kaka. The first 2 games he wasn't being that fantastic, i had been playing with Shapeshifter Ben Yedder and he had had a really great performance, scoring 11 goals in 10 games, but i had been playing with the 4-2-3-1 with him,...
Read full review
0
/600
Update my avatar Dos and don'ts
Top Rated
New
Controversial
Show comments