Good Afternoon everyone, welcome to this review of the Headliner Adama Traore.

As soon as I saw the release of this card, I knew I had to do it. Not because I am necessarily a pace monster or anything like that, but he looked like a real fun card and, I can't deny I think he's fantastic in the real game of football. I used him as a right striker next to POTM Luisito, with the Sniper chemstyle.

Everyone always looks at the reactions and composure of this man. I think that is just unfair and those are a perfect example of overhyped stats of which the importance has been overly emphasized by influencers. Because if I am brutally honest, I don't think they are far more important than other dribbling stats when it comes to a striker. I never noticed his low reactions and his composure only rarely let me down, but it was not game-changing at all, since Adama would already have scored at least a couple of goals.

Since I'm talking about his dribbling already, he feels exceptionally smooth (as you would expect with his Agility / Balance combination) on the ball and dribbles easily past defenders, or skills his way through them and rarely loses possession, because with this card (which I did not quite experience with his Scream card), he can absolutely bully fullbacks and also quite comfortably hold off strong centre backs because of his 91 strength.

But yeah, the best thing about this card will always remain his pace. It is unmatched, and it is so easy to send him in behind because no defender will catch up when Adama's at full sprint. Usually you see players with 90+ pace actually being caught by faster defenders, such as Maldini and RTTF Militao. I've played against those cards several times and they are absolutely unable to catch Adama. Another advantage here is his relatively alright stamina, which means he will most likely not tire as fast as most centre-halfs. I so often see myself 1 v 1 against the goalkeeper and Traore putting the ball in the back of net, which is just fantastic. This now brings me to his shooting. He is very clinical, as you would expect with excellent finishing (92 with the chemstyle) and almost maxed out shot power. He will blast those balls past the goal keeper and, his weak foot barely bothered me. It definitely feels more like a 3 star at least and not like a 2 star. However, as I've noted shortly earlier in this review, he does occasionally miss a chance, ones that you would expect that go in. But, as I've stated before, this does not happen often at all and I think you can rely on his shooting. He's very consistent in front of goal with his feet, but not with his head. Don't try it, it is not good in the game and Adama is just not suited for heading.

Lastly, his passing. On the weakfoot it may be slightly inconsistent, but the same cannot be said on his strong foot. His short passing, despite not being even insanely good, is faultless for me. I am personally convinced that as a striker, his long passing is not as relevant and if I'm being honest, I can't perfectly conclude whether I like it or not as I don't use it that much. Same goes for crosses.

To conclude the review, Traore is an absolute beast of a player that even at his current price is a steal. In addition to that, based on his current form there is an absolute possiblity that he will get upgraded multiple times, and with the form the whole Wolves team is on, they may well win 4 in a row, which sees another upgrade coming and will make him even better than he already is at this point.

So, my advice would definitely be: Go get this card. Or actually, maybe do not get this card, otherwise I'll have to deal with him more and that wouldn't be fun ;)

Have a great day! 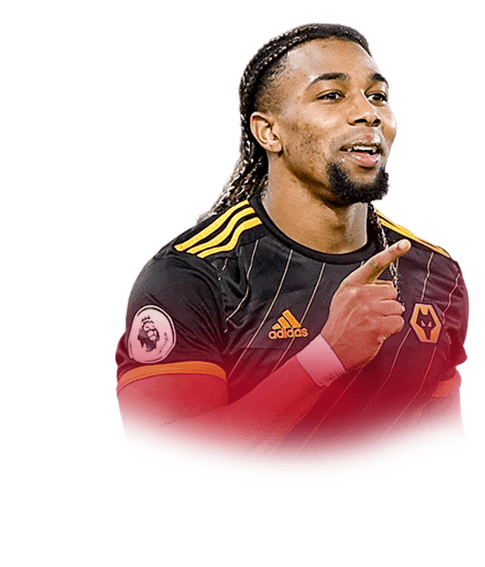 I was looking for a winger since Dembele wasn't doing it for me anymore and people were saying he would come out, so immediately I knew i was going to get him. I played a couple of games with him now and can say he is worth every penny. He is faster and stronger than allmost all defenders and wins back the ball really easily after losing it or when a teammate loses it. If this version is too expensive I would recommend buyi...
Read full review 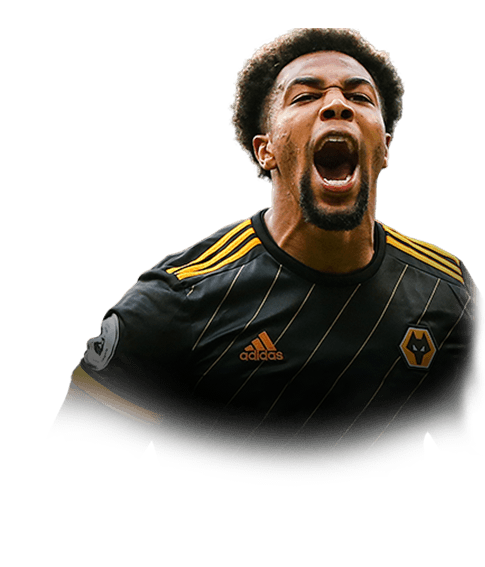 i was mad and sold my team and bought this guy because he looked fun. i used him in division rivals and he is unbelieveble good + the combination of pace and strenght is very rare i think this is the best player i've used so far and i have used many good players. if you got the coins i will buy him. some people will say that his shot is very bad... but it isn't he has soo high shot power that it is unstoppeble for the keepe...
Read full review 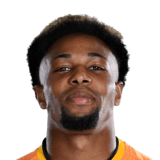 well well well. So ea gives us this card, but then slaps a rwb on him but that's not gonna stop me from using him at st. Let me tell u folks. Adama Traore is hands down the fastest player in the game. There is a noticeable difference between him and mbappe or walcott. This guy is blistering fast and he's strong enough to hold off your sergio ramos' and "bEsT dEfEnDeR iN tHe wOrlD" van dijk. He finishes better than a 71 shot...
Read full review
0
/600
Update my avatar Dos and don'ts
Top Rated
New
Controversial
Show comments