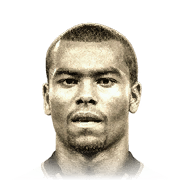 -
Sub out
Upcoming Matches
P. Chemistry
Squad chemistry
ST
73
RW
79
LW
79
CF
77
RF
77
LF
77
CAM
78
CM
79
RM
80
LM
80
CDM
82
CB
79
LB
84
LWB
84
RB
84
RWB
84
Reset
Basic
Sniper
Finisher
Deadeye
Marksman
Hawk
Artist
Architect
Powerhouse
Maestro
Engine
Sentinel
Guardian
Gladiator
Backbone
Anchor
Hunter
Catalyst
Shadow
Comments
Reviews
0
/600
Update my avatar Dos and don'ts
Top Rated
New
Controversial
Show comments
Top Reviews
Only logged in users can submit a review
A review must be written in English
At least 200 characters are required.
Compare this player to other similar players you have used(optional).
If you import your club to FUTBIN or send us an image with the player data(fill the form below) your review will be marked as verified.
Include what you liked about the player in the pros area and what you disliked about the player in the cons area.
Your review will be manually checked during the next 24 hours.
Chem Style Used
Formations
Position
Rate Player Base Stats (1-10)
Pace
5
Shooting
5
Passing
5
Dribbling
5
Defending
5
Physicality
5
Most Used In:
Submit Review

I am Dutch, so sorry for my english (i used translate for this)! I got Cole from my first icon pack (baby icon pack) and I was not happy with him. Until I tried him ... In every formation he noticed me (as a left back and lm) in a positive way. He always ran well in position and performed well in every formation (3-5-2 (LM), 4-4-2 (2), 4-1-2-1-2 (2), 4-2-3 -1, 5-2-1-2). His stamina is surprisingly good, but his strength is too low. He does not feel strongly on the ball and is sometimes knocked off the ball by opponents.His shooting is also really dramatic. He is better on the ball than Ferland Mendy (speed, dribbling, passing, agility / balance), but Ferland Mendy is much stronger and is better to link (for full chemistry) because of his perfect link Varane.

So i origionally got this card from my icon scb, and i wasnt overjoyed. However within three games of playing with him I found out he wasn't as bad as I thought he was. He didn't get involved as much as I thought he would, but thats expected with any lb or rb. He felt quite strong into tackles, and was able to keep up with many of the attackers such as dembele who i see in 9/10 teams today. Furthermore on the ball he wasn't bad either, he had great passing, and turned well for a defender. For me he always seemed to be in the correct place, but that was with stay back on attacking on, which I think is a tactic to have, because without it he get quite out of position which leaves your team and defence in a bad position. Overall, I think that he is a great option for a lb and a break from the norm of mendy and varane.

Very Linkable (as an icon)