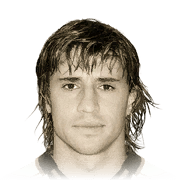 -
Sub out
Upcoming Matches
P. Chemistry
Squad chemistry
ST
86
RW
84
LW
84
CF
85
RF
85
LF
85
CAM
82
CM
73
RM
82
LM
82
CDM
57
CB
54
LB
60
LWB
63
RB
60
RWB
63
Reset
Basic
Sniper
Finisher
Deadeye
Marksman
Hawk
Artist
Architect
Powerhouse
Maestro
Engine
Sentinel
Guardian
Gladiator
Backbone
Anchor
Hunter
Catalyst
Shadow
Comments
Reviews
0
/600
Update my avatar Dos and don'ts
Top Rated
New
Controversial
Show comments
Top Reviews
Only logged in users can submit a review
A review must be written in English
At least 200 characters are required.
Compare this player to other similar players you have used(optional).
If you import your club to FUTBIN or send us an image with the player data(fill the form below) your review will be marked as verified.
Include what you liked about the player in the pros area and what you disliked about the player in the cons area.
Your review will be manually checked during the next 24 hours.
Chem Style Used
Formations
Position
Rate Player Base Stats (1-10)
Pace
5
Shooting
5
Passing
5
Dribbling
5
Defending
5
Physicality
5
Most Used In:
Submit Review

I needed a second striker and I landed on 87 Crespo. I thought his stats looked really good for only 630k and I pulled the trigger with about 15 matches left in my Rivals week. I played 10 with Crespo as a striker in a 2 striker and lone striker set up. I ended up getting promoted to Division 3 and halfway to Division 2 in those 10, while also reaching rank 1 with Crespo playing a large role in my success. He ended up with 9 goals and 4 assists in those 10 matches in Division 4/3. Let's get into what I think of this item-

Pace: 9/10 He's quick and has a great breakaway pace. If I had to compare his pace to anyone in Fifa 21 I would compare him to an Inaki Williams. He makes excellent bursting runs through the defense and within the area as well. On counterattacks, he has no problem outrunning the likes of Varane and Gomez on some occasions. Not every time, but he is definitely capable. I used a Hunter chemistry style and he felt noticeably faster than Ben Yedder who has similar pace. Coupled with his dribbling and physicals (which I will get into) he is very good at bursting through the defense and receiving through balls.

Shooting: 10/10 He scores everything. I know it says he "only" scored 9 times in 10 matches but I played against some very sweaty back lines, use Mbappe as my other forward and have the likes of Ben Yedder and Talisca in my side who score at around the same rate. But when he gets a chance, he does not miss. He has the finesse shot trait which allows him to score some insane timed finesses from inside and outside the area. But if you are going to pick this item up- I suggest using his power shot. He has some of the most powerful strikes I have seen on this game. His base card stat has 86 shot power but with the Hunter chem style it feels like 99. His 4* WF is more like a 5* in my opinion and I believe he scored nearly as many on his left as his right. He is a phenomenal poacher and goal scorer.

Dribbling: 9.5/10 I know a lot of people who do these types of reviews get excited using these players and hype up stats that aren't necessarily as good as they are but trust me when I tell you his dribbling is very very good. I didn't even boost his dribbling and he does not feel clunky. But you have to skill with him as though he has a stocky build. What I mean is, don't do a million skill combinations running at Ferland Mendy. Use the skills and close control to open up space for him to take a shot or lay the ball off. Use the fake shot while shoulder to shoulder, Ronaldo chop to finesse, etc etc. He is not an Mbappe type player with regards to dribbling but he is more than capable of creating some amazing skill goals.

Passing: 8.5/10 His passing is solid for a striker. No complaints at all. I know his stats suggest otherwise but they are a lie. His 81 vision carries a lot of weight here. He is very good at playing a second striker type role because of that stat and will be able to feed other attackers around him. Don't expect him to be Xavi or Messi out there, but his passing is not something to be worried about. He even pulled off some amazing over the top lobs on his weaker foot which took me by surprise. He has that "Icon" factor- where he outperforms his stats.

Defense: na/10 He can close a defender or midfielder down. He's fine at it.

Physical: 9.5/10 He's very strong and stable on the ball and rarely loses it while being challenged. His 78 strength feels like 88, his 85 jumping feels like 95. He is a machine in the air. His physicals were definitely a stand out for me. The way he plays, his stamina is not an issue either.

Everything considered- I would recommend 87 Crespo to anybody and I think he will remain in my team for the near future.

Where do I start? Hernan Crespo is the definition of a complete striker in Fifa 21. To give you an idea of the skill level I'm at I am at around 1800 MMR in Rivals and a consistent Gold 3 player. Hernan changed the WL for me. Him alone at striker got my Gold 2 this weekend, 18-10, my best ever finish. He transformed my team. I have a 1.3 million coin tea without including untradeable so I was originally unsure if I wanted to blow half the budget on my striker. It was the best decision I've made this year on FUT. He is good at everything. His finishing and ==d outside-the-box finesse shots are absolutely incredible, unlike anyone else I've tried at striker- Salah, Rashford, Ben Yedder, and POTM Ansu fati. His dribbling is surprisingly good, although not incredible due to his height. However, his height is key because headers are viable again this year. This man scores from crosses and corners with the power header trait. He can hold off defenders relatively well and certainly isn't weak. He has a $ start $ start combo which gives him the ability to be unpredictable and bang goals in from both sides. This guy feels incredible in-game and has a mad trim as well.