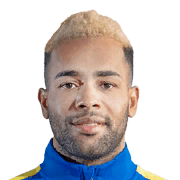 4
Sub out
Upcoming Matches
P. Chemistry
Squad chemistry
ST
77
RW
80
LW
80
CF
80
RF
80
LF
80
CAM
80
CM
75
RM
80
LM
80
CDM
62
CB
53
LB
61
LWB
65
RB
61
RWB
65
Reset
Basic
Sniper
Finisher
Deadeye
Marksman
Hawk
Artist
Architect
Powerhouse
Maestro
Engine
Sentinel
Guardian
Gladiator
Backbone
Anchor
Hunter
Catalyst
Shadow
Comments
Reviews
0
/600
Update my avatar Dos and don'ts
Top Rated
New
Controversial
Show comments
Top Reviews
Only logged in users can submit a review
A review must be written in English
At least 200 characters are required.
Compare this player to other similar players you have used(optional).
If you import your club to FUTBIN or send us an image with the player data(fill the form below) your review will be marked as verified.
Include what you liked about the player in the pros area and what you disliked about the player in the cons area.
Your review will be manually checked during the next 24 hours.
Chem Style Used
Formations
Position
Rate Player Base Stats (1-10)
Pace
5
Shooting
5
Passing
5
Dribbling
5
Defending
5
Physicality
5
Most Used In:
Submit Review

He's insane this year again! Literally a beast finisher and bloody rapid. Playing 1-2s with a CAM or striker partner and he'll make those runs in behind 9/10 times and has enough composure to finish it. Was gonna build a basic prem squad eventually but gonna have to do a brazil hybrid thanks to this bloke.

the shot is an goal every time and he destroys enemies easily alone. only triangle pass him past defenders and you score. he outpaces nearly every defender, if not fake shot and hes trough.

also he can easily lasts from middle the field to the goal with his 87 stamina and 4/4 makes him play fun.

What a great player. I feel like every year, fifa add in a few overpowered yet cheap players every year and this is one of them. Im convinced this is one of the best strikers in the game. Ive tried haaland, aguero, jesus and none of them compare to this guy. For such a cheap amount, you have to at least have him on your bench. His stats say otherwise but he's different gravy in game.

Everything , his pace, dribbling and shooting is amazing. His only lackluster stats are passing and physical but these dont really make a difference to the card.

Nothing really, the only thing bad is that hes bad in the air due to his height but on my team i have many other players who can head the ball