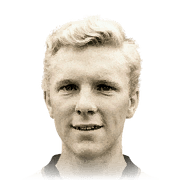 -
Sub out
Upcoming Matches
P. Chemistry
Squad chemistry
ST
70
RW
70
LW
70
CF
71
RF
71
LF
71
CAM
73
CM
80
RM
73
LM
73
CDM
86
CB
86
LB
85
LWB
83
RB
85
RWB
83
Reset
Basic
Sniper
Finisher
Deadeye
Marksman
Hawk
Artist
Architect
Powerhouse
Maestro
Engine
Sentinel
Guardian
Gladiator
Backbone
Anchor
Hunter
Catalyst
Shadow
Comments
Reviews
0
/600
Update my avatar Dos and don'ts
Top Rated
New
Controversial
Show comments
Top Reviews
Only logged in users can submit a review
A review must be written in English
At least 200 characters are required.
Compare this player to other similar players you have used(optional).
If you import your club to FUTBIN or send us an image with the player data(fill the form below) your review will be marked as verified.
Include what you liked about the player in the pros area and what you disliked about the player in the cons area.
Your review will be manually checked during the next 24 hours.
Chem Style Used
Formations
Position
Rate Player Base Stats (1-10)
Pace
5
Shooting
5
Passing
5
Dribbling
5
Defending
5
Physicality
5
Most Used In:
Submit Review

I bought him for around 400k coins and he really made impact on my defence. His sliding and standing tackle is unreal but best thing about this guy is that he auto blocks shoots like no one in game i ve seen so far. Also he saved me a couple of times with slide tackle from behind where he took the ball cleanly and didnt even made a foul.

If you play too deep you can get caught on counters but no one in this game cant do anything about it so its not really a con.

After my first Base Icon Pack (Dalglish) I was hyped for the second one so I sold everything I have (Most Players of my starting XI are untradeables) to pack this guy and I was completely tilted after.

Than later the day I've got an idea.

So I started playing him in a 5-3-2 (Squad is linked) with Melia IF, Carvajal, MOORE, Long, Opara, Lima, Williams, Talisca, Paulinho, Dalglish and Oscar. Ingame I switch to 4-2-3-1 and here comes the point why I started a review. I play him at the RCDM with Catalyst and hell, he's a monster there. I played Kante, Sanches IF, Baby Pep and Gattuso before and by god Moore let them stand in the shadow. He is there everytime u need him. Perfect positioning, master of tackle, and 80 pace with Catalyst is enough. Still the CDM I needed next to Paulinho who play more offensive.

Don't know what to write here.

Maybe that he's 5'10'' but we all know Kante so it doesn't matter or his passing, but with a Catalyst this problem is away.

Bobby Moore baby is such a clutch as CB, I use him in a partnership with Joe Gomez inform and they are such a beast pair. If Bobby aint fast enough Joe gets there but in 9/10 times Bobby just is where he needs to be. he is always in every duel there is, considering he only has 72 aggression using a shadow chem style it sure feels like he has above 90. and considering hes hight he wins a lot of duels. if you are "unlucky" enough to get this man in an baby icon pack, at least do yourself a favor and give him a try. I use him over Kounde RTTF, Ramos inform and Baby Vidic. because he is such an awesome tackler, and honestly such a clutch. no doubt one of the most underrated players in the game!