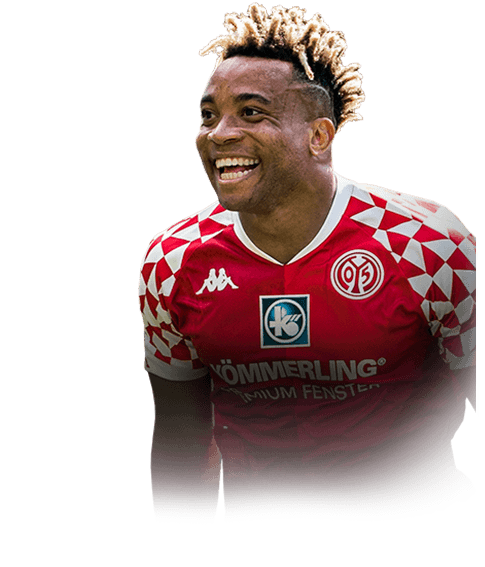 Hey guys, i am a Road2Glory player and i dont buy any FIFA Points because imo its not worth it. As a Mainz supporter, i got really excited to get this card, but had to sell some players to be able to complete the SBCs. Unfortunately, the EA servers dont want to be available since Sunday afternoon on my XBOX so i dont know exactly the stats and as you know, only like 1/5 actually finishes on FIFA 21 because the Servers are even worse than FIFA 20´s. I dont want to bother you too much and get to the review! :) btw i gave him an engine chem style and play him as the left CDM in a defensive 4-3-3

I will start with the positive aspects:

+Shooting: if you get the chance to just smash the ball, do it! He has really good long shot stats and you will get a lot of corners to waste your opponents time xD

+Passing: like the Pace, can be improved but still decent

+Dribbling: I´m sorry but is his third name actually Lionel Messi cuz i swear he is so agile and dribbles like the G.O.A.T.

+Defense: OP as hell, wins nearly every challenge and if he loses the ball he recovers so quickly

+Physicality: as we say in Germany, he is a massive fridge (wide as hell). Wide Putin looks like a baby compared to Kunde Malong! No one gets through!

He is a beast, but there is one con... and that is

Hey guys, I think that a lot of you are coming here to get an answer whether or not to do the sbc. The answer is simple if you can afford to spend a lot of money on what is only a small upgrade from what else is available then yes. If you are using your last amount of coins then no.

This card do add some value but not at all as i was expecting. Offensively this card is nothing to brag at, i've missed some wide open shots that with a little more finishing would have gotten in. The card however has created a lot of chances with some long through balls which I was not expecting with only 82 in long passing, it feels like at least 90. The Dribbling feels solid but it is not what you buy this card for. This card is all about the pace, defense and physical. The pace is good and with a shadow on its excellent. The defensive is really great too, but the physicals is not as great as I hoped for. The strength is superb, but the stamina could be better, i often need to sub him out at the 70 minute mark as runs out of gas, maybe cause he is doing so much on defense.

My last remark about this card is that it is similar to the kimmich card, however i think kimmich is a better dribbler, passer and defender. This card feels a bit faster and a lot stronger.