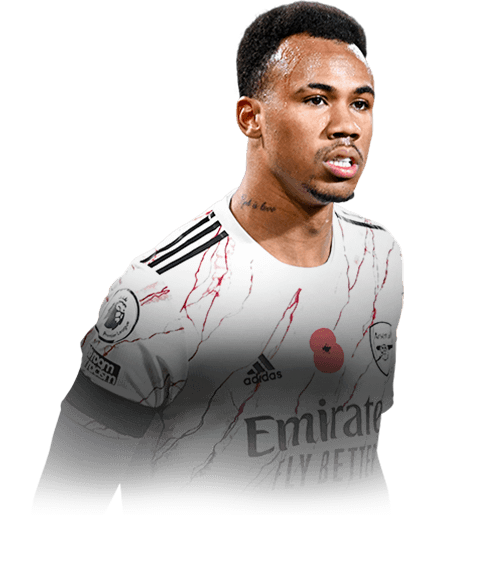 So first review of FIFA 21, you may remember me from brazillian players reviews last year and my brazilian fetish is back and strong as ever. I got Gabriel in my WL red picks I wasn´t too excited about this TOTW since there wasn´t many good Brazilian players, I already had a very solid and pacy defense with Diego Carlos and Militão But I decided that this weeks Weekend League I was going to use Gabriel as my CB in Militão´s place and he seemed bad at first you know trying to deal with Adama and Rashford ain´t the best choice when you have 61 pace, but then I began to adapt myself to be able to use him and when I finally got a nice handle of him he became a tackling devil. Sure he ain´t as fast as Militão or Gomez but he´s precise when you need someone to retrieve the ball without the risk of giving a penalty, he´s a good counter against players who like to hold the ball and spin around like a beyblade and he´s been really good in interceptations even thou that´s more on the player then the card. he´s also 190cm or 6'3" for you 'Mericans. So he also makes a really good and deadly header.

Pace (there´s no chem style that can fix 61 Pace)

So with my last few reviews I used an Arsenal team in one of the sweatiest weekend leagues in recent memory. Not a very good one either for my sins. This was my LCB, he was.. interesting. But not meta in any way shape or form.

Tackling - Both sliding and standing he was very good in the tackle. He would win the ball a lot with very few stupid bounces back to the opponents.

Physical - He is strong enough that if you are the right side of the defender you will keep control of the ball. They will not get around once they make contact.

Passing - His passing at CB was fine to ping to CM's, fullbacks etc. Going further forward was a waste however.

Height - Nice to have a pretty big body at the back. great for defending corners and crosses on the rare occasion they come in.

Stamina - It isnt good but he didnt have any real issues with it. Fortunately.

Pace - Even with a shadow he is slow. You have to read the game a hell of a lot and its tough.

Dribbling - He moves like a truck, don't expect him to wiggle you out of danger.

Simply put, he is just not meta. I think his pace is unfair to his real life showing, but that's a different issue. Fifa wise its poor.

He is a quality player and much better than i expected he would be. He is a great player but he just lacks the pace to be one of the best in the Premier League.