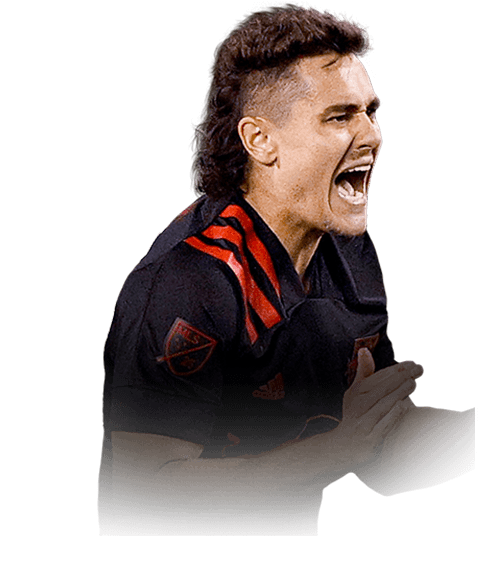 After some time of getting Kounde and Mollet, I finally got time for getting him. And he and Opara are absolute beasts, they can outpace everyone literally, and of course they have a perfect link, they defend good and Opara with anchor is a beast. Maybe they aren’t the best defending so it may not be as good as other duos, especially because you need an icon or Hamid for linking them, but it really fun to use them both and Long with Shadow is just amazing

Decent passes for a CB

Could have better reactions

Need to have an MLS or icon keeper

So my red player picks were pretty bad this week and I ended up taking the mls gk to link with Long bc I wanted to try him out in weekend league. I seem to get around the same finish (G1/G2) no matter which players I use so I figured why not. I am currently 8-1 and this guy has been an absolute rock at the back. The first thing I noticed was how good his jockeying is. The combination of pace and agility lets him easily intercept passes and stay in front of attackers. His physical is already good enough so I used a shadow on him and his ability to catch up to quick attackers is very useful. One unexpected bonus on this card is his heading ability on corners. He has scored 3 in 9 games for me which is way more than I usually score on corners, but looking at the card it makes sense, 95 jumping, 93 heading accuracy w shadow and the power header trait. His passing has been good enough. He's had some bad passes on his weak foot but what cb doesn't.

if you're like me and had this guy sitting in your club for a while and never used him, I would give him a try. Lima is a very decent lb so having him would put long on at least 7 chem and opara is a good link too. The only issue for me is the gk. I use the 79 rated mls inform and he has been quite shocking. An icon keeper would be perfect if you happen to have one

No mullet in game