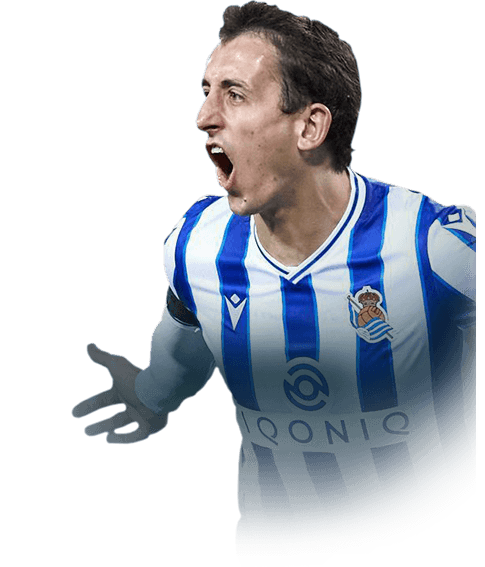 0
Red
Upcoming Matches
P. Chemistry
Squad chemistry
ST
84
RW
88
LW
88
CF
88
RF
88
LF
88
CAM
88
CM
82
RM
88
LM
88
CDM
65
CB
55
LB
64
LWB
69
RB
64
RWB
69
Reset
Basic
Sniper
Finisher
Deadeye
Marksman
Hawk
Artist
Architect
Powerhouse
Maestro
Engine
Sentinel
Guardian
Gladiator
Backbone
Anchor
Hunter
Catalyst
Shadow
Comments
Reviews
0
/600
Update my avatar Dos and don'ts
Top Rated
New
Controversial
Show comments
Top Reviews
Only logged in users can submit a review
A review must be written in English
At least 200 characters are required.
Compare this player to other similar players you have used(optional).
If you import your club to FUTBIN or send us an image with the player data(fill the form below) your review will be marked as verified.
Include what you liked about the player in the pros area and what you disliked about the player in the cons area.
Your review will be manually checked during the next 24 hours.
Chem Style Used
Formations
Position
Rate Player Base Stats (1-10)
Pace
5
Shooting
5
Passing
5
Dribbling
5
Defending
5
Physicality
5
Most Used In:
Submit Review

So I never do reviews the last one I did was last year on Moments Litmanen.

But I had to go and do one today because this man is INSANE!I use him out wide in a 442 with de bruyne and allan CM's mertens and G. jesus up top and mahrez RM.He is so fast with a Catalyst and he will make it past even the likes of davies if you use the running fake shot and step overs correctly.De bruyne threading him some insane through balls really enhance his ability, he can do it all.He scores and gets assists.I used him in 5 WL games and from LM he scored 3 and got 5 assists.

After playing with Mikel Oyarzabal's POTM card i was very impressed with the card. He scored 13 goals and got himself 5 assist in 7 games which is a very good return considering i used him in Fut Champs. I know people will look at his 3* combo and think its an issue but he is one of them cards that is a big lie when it comes to face stats. Hid weakfoot feels like 4* and 3* skills is not a problem for people who can play tikki taka football. I played Oyarzabal at ST and CAM and he works in every position but take in mind that if you are considering playing him at ST use a Hunter on him for the pace and shooting boost. Otherwise he will be a Great CAM/CM with an Engine chem style. To round up this summary Oyarzabal is a fantastic card which brings me joy when i play with him and he has that special something that shows his will to win and play for the badge.

-Passing is fantastic for a ST/CAM

-Dribbling is Nice but for the real sweats you might want to boost the agility.

-Physicality He isn't very strong and can sometimes get bullied of the ball but 4/5 times his balance does the job.

This guy is really really good, his passing is just insane and he is always in the good position, i played 15 FutChampions game with him and he always save me with his amazing passes, 19 Assists !!

His SBC is not really overpriced so you must do it guys ! also for a supersub, because he can play in all attack positions.