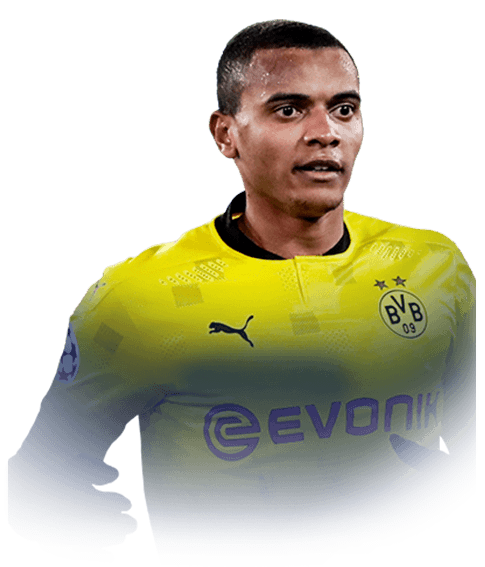 0
Red
Upcoming Matches
P. Chemistry
Squad chemistry
ST
65
RW
68
LW
68
CF
68
RF
68
LF
68
CAM
71
CM
75
RM
71
LM
71
CDM
82
CB
83
LB
80
LWB
79
RB
80
RWB
79
Reset
Basic
Sniper
Finisher
Deadeye
Marksman
Hawk
Artist
Architect
Powerhouse
Maestro
Engine
Sentinel
Guardian
Gladiator
Backbone
Anchor
Hunter
Catalyst
Shadow
Comments
Reviews
0
/600
Update my avatar Dos and don'ts
Top Rated
New
Controversial
Show comments
Top Reviews
Only logged in users can submit a review
A review must be written in English
At least 200 characters are required.
Compare this player to other similar players you have used(optional).
If you import your club to FUTBIN or send us an image with the player data(fill the form below) your review will be marked as verified.
Include what you liked about the player in the pros area and what you disliked about the player in the cons area.
Your review will be manually checked during the next 24 hours.
Chem Style Used
Formations
Position
Rate Player Base Stats (1-10)
Pace
5
Shooting
5
Passing
5
Dribbling
5
Defending
5
Physicality
5
Most Used In:
Submit Review

This is my first review, im leaving a review because of my bad experience with this card. I got him untradeable and I used him for fut champs and maybe that's why he performed bad because of the horrible gameplay. However this Akanji card on this game for some reason can't win tackles, he'll touch the ball and maybe it slows down the opposing player but it's so easy for players to get passed him. It's like animation of his tackles aren't aggressive at all or accurate. The most infuriating part about this card though is that he got out-bodied multiple times by players like Ben Yedder, Dembele, Lucas, etc... He gave away so many goals for me, I was so close to discarding him........There's definitely a flaw in the animation or build of this player because Kounde plays miles better and you can argue Akanji has the better looking card. He does feel fast and he can catch up to players but so can Insigne....... prolly wouldve done a better job tbh. Lastly, he was out of position a lot but that doesn't really matter because he's the epitome of the squeaky toy sound effect, the other player will get passed him one way or the other.

I feel like ea reallly want us to use the meta players like varane and gomez, and it sucks because as we all know every team is almost the same with varane, gomez, dembele, mbappe, neymar, kante etc...I really wanted to like this card because I used him last year and he was a beast, also because he's untradeable for me. Hopefully he gets an upgrade and plays better but for now that he's an 82, stay away.

Gets out-bodied by anybody above 3 strength and 2 aggression

Out of position alot

This card was a chem dream for my favourite cb Delaney plus zakaria mbabu and all the great bundesliga players, I remember 83 akanji fondly so thought this would be similar. He probably is but the game makes him feel soo bad it’s unbelievable, that stupid meta of spamming skill moves, aimlessly blasting wing balls and then cutting in means you have to be able to fight the awful AI movement and be agile to get back in position and this guy couldn’t, bigger guys like varane Virgil etc do it and then agile defenders do it to, even upa and locate do it better. It’s really noticeable and makes you fume.

I’ll be clear skillers ruin this gameplay. I appreciate that it can look awesome but until fifa make defenders able to react like they do in real football sadly spamming the triggers endlessly make this game especially futchamps an absolute embarrassment, you see same 7 players and fair enough exploit to win but it kills FUN. Even friendliest is flooded with the, so you struggle to just try new players.

his links are great but he feels bad, ake, base klosterman the other cbs I mentioned plus Gomes kounde etc are all better and some a lot cheaper. Yeah great he will get upgrades if bvb don’t bottle but let’s be fair by the time this cards playable we will have so many better options. Think 2 but more really 3 may make him ok but it’s just not worth it.

klosterman has the benefit of feeling amazing so his more expensive one feels almost exciting but risky whether they’ll even progress.

he’s not particularly strong or efficient or does anything better than a base ake.

nostalgia to old card in 18