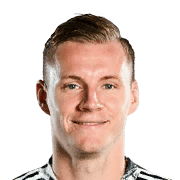 My favourite keeper in the game. The fact that he has the rushes out of goal trait is a real game-changer, that trait is what makes the card in my opinion. also him having very high reflexes at 87 and fairly high diving at 86 is also a big plus. His kicking could be better and that is my number 1 complaint about the card. If you look at cards like Edersons TOTW they can launch a counter attack with one of thier kicks and they put thier opponents on the back foot.

RUSHING OUT OF GOAL TRAIT