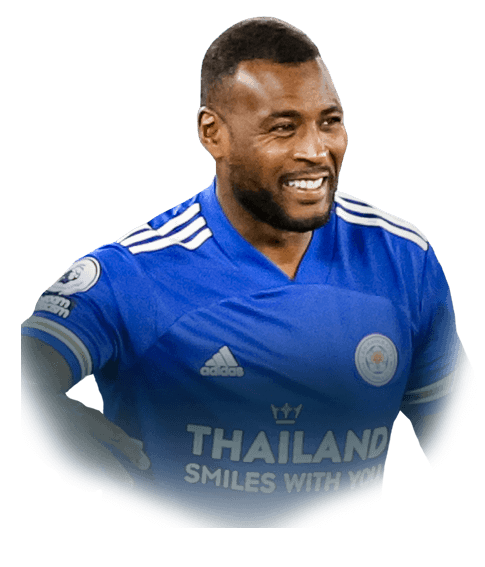 He is amazing. I'm a massive Leicester fan so it was a no brainer to do this card. I used him paired with Rulebreakers Laporte and he was a beast. His reactions are definitely noticeable and If you need a quick and beast PL centreback, then he is your man.

Could have a little more pace, but is very swift and feels nice on the ball.

When I first saw this card all I could see it being used in was Silver Lounge. A nice fun card, not weekend league ready or even Div 4 ready. Well, I was definitely wrong Wes Morgan is a BEAST.

First off, passing, he has 85 vision, 95 short pass, and 81 long! Compared to cards like Varane, with 78 short and 77 long passing, he looks like Pirlo! Throw amazing composure on top of that and you have a great CB for teams that like to build up from the back. A lot of people look at pace as an issue for this card, but with a shadow he is a beast. I pair him with Joe Gomez and he does just fine (for reference I use a 4-3-3 (5) in game). Overall a fun card to use as a fan of Wes and Jamaica. I would definetly recomned trying him in rivals and if not use him in Silver Lounge to have a good time! Have a great day, stay safe, keep your mental health first, and most of all enjoy yourself!

Without a doubt the best CB card there is.. If you missed out doing the SBC you're a fool. I have an untradable Van Dijk on the bench and I prefer to use this card over him with Gomez next to him.

I don't think there is a single con with the card? Maybe the country, hard to make a hybrid with him in but who cares about that when you have the most OP CB card in the PL.