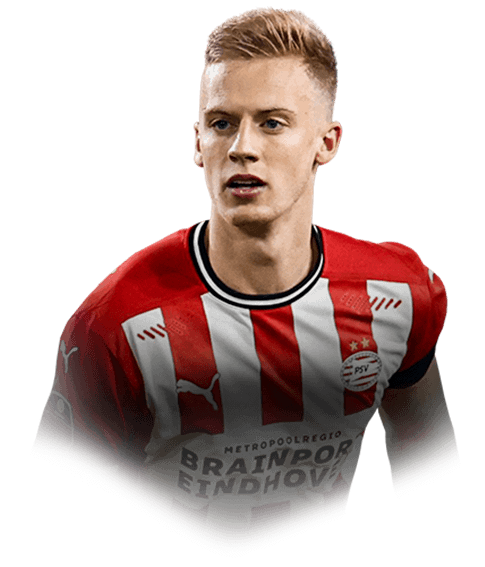 4.5
This is the review you are looking for.
48 users liked this review

I have used all 3 of these Foundations players, I will continue to for at least the next few weeks. They together are amazing and honestly I think this guy is the pick of the bunch.

To start, I will hit you with 2.. non factors, neither pro's or cons. His stamina is fine, thanks to his M/M work rates. As long as you partner with another M/M there are no gaps and there are no issues with it. The only time there is issues if you push him forward and want to press so he gets tired. Though who really presses with their CB's in Fifa anymore?

Onto the good stuff.

Pace: His acceleration is a tiny bit lower than you want, but with a shadow 88 pace is great for a CB. Especially paired with his other info.

Strength: He is damn strong, obviously. He can keep up with strikers running and easily take the ball from them. When he does it sticks.

Defending: All of his defending stats are amazing. Tackling is amazing, interceptions are great. He feels amazing, I must think due to his reactions but he doesn't give away many fouls.. As long as your timing isn't super bad.

Passing: His passing is great, he has got 2 assists in 15 games thanks to that! Starting a counter attack with a long powerful through ball is amazing. His other was an over the top pass that also resulted in a goal, I love it.

Dribbling: Its a good thing his passing is so good, because when you get the ball you can pass it off immediately. If you don't and try and turn you are going to be in trouble, especially if your opponent has hit you with the high press!

Well, recently i decided to stop playing meta and like everyone else, and play like myself. I bought a Dutch/eredivisie squad. And i completed this badboy. I play very attacking, 9 depth, pressure after possesion loss, and my backs join the attack and overlap. So i needed 2 strong, fast and big centerbacks, so i bought Dumfries inform for centerback at 7 chem, and next to him was Baumgartl. And he is insane!!!

Pace 78, but i use shadow and it feels like he has atleast 85

Defending His defending is insanely good, he wins every challenge and safes my ass everytime with a tackle or a good block

Dribbling i am not kidding, sometimes late game he gets the ball from the opponent, and i just make a 40 meter run with him (Opponents players are tired alot of times) of course he doesn't convert it but it's very chill because you hold the ball in your team

Agression he doesn't have that much agression (79) but i swear it's like he has Roy Keane's agression haha.