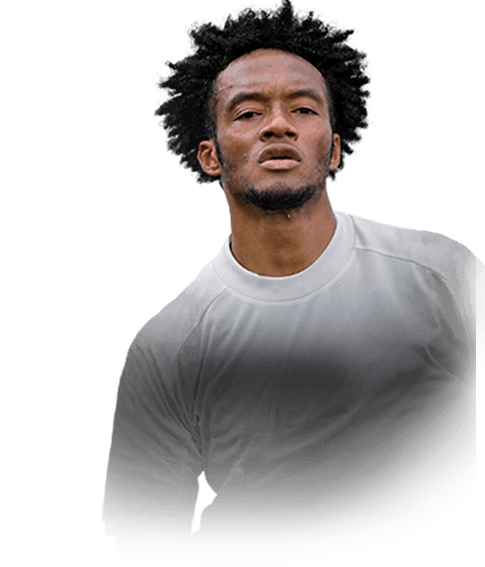 I did not have big expectations for him. I was pretty sure that he will be more attacking minded than defensive. So i played him ingame in a 352 at RM because he is good at attacking and defending. He was really good in that position and especially his dribbling and pace were exceptional. I think that if you play him in a right position then this card is going to be really decent. In Serie a there is not much good right backs so this is really good to buy. I still think that the Rulebreaker version is better if you want better defending and physical.

My first ever review and i came here to review him immediatly after he scored a swazz style volley for me. In my starting XI i use havertz as a CM only for chem, but as soon as the game begins i swap him Cuadrado. I packed this guy long time ago untradeable and luckily forgot about him until i was doing the base/mid icon upgrade, and at that time i found out that i actually had him. I went to futbin to check his price, he was about 100k so i thought why not try him. I applied Engine and used him as a CM as a supersub, but then he was just too good to sit there, amazing defending and agility, he did everything, he also has 97 pace and that's a dream for any CM with 5* sm and 99 agility, he did everything. So now i always sub him in the begginning of every game for his amazing perfomance. Btw i'm a division 3 player and in Rivals Gold 1

Last week I wanted to switch my RB position and my eye fell on the IF Cuadrado. Mainly because he links well with my flashback Khedira and CR7.

I used him as a RB for some division rivals (DIV 1 & 2) and 30 matches weekend league. Overall Cuadrado is a very versatile RB who feels responsible on the ball and can perform excellent dribbling with his 5 star SM. He fits perfectly when you use him in an attacking overload where your RB goes forward. I play in a 4-1-2-1-2 (2) formation where I manually let my RB go forward to surprise the opponent. Defensively he is OK and he is definitely fast enough.

Overall Cuadrado is a very good attacking RB and maybe better in game as a RM because of his strength and stamina. There are not many options for a good RB in the serie A and this IF cuadrado is definitely not bad but I will change him for a more physical and more defensive RB to fit more into my 4-1-2-1-2 (2) formation.

Pace: His 91 acceleration and 93 pace are enough to keep up with most fast wingers

Dribbling: 5 star SM and 91 overall dribbling is excellent. His good agility, balance and composure let him feel responsible on the ball

Passing: His passing is good and accurate, performs well under opponents team press

Stamina: This is a HUGE CON! His 75 stamina is barely enough for 90 minutes especially when you also want too use him in an attacking role and is simply too low when you have to play 120 minutes in weekend leauge.

Strength: His strength is low even with a chemstyle but I must say he can handle himself in most defensive situations. But if you come across fast and physical wingers he will make mistakes especially at the end of the match.