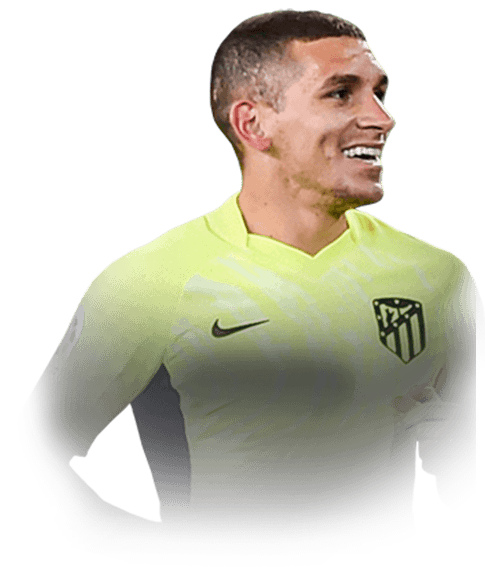 Hello, welcome to another review, my first review of this promo and it has really good players. But I decided to buy Torreira because the other players are really expensive and will probably go down in few days. I tried him in some Icon Swaps matches and he was really good for me, but I think he will be a monster if you use to play with defensive LBs, and that’s what I do, I put stay back to my LB and RB and that’s mainly why I bought him. He is just a beast defender and it really helped his H/M because as I said I’m not used to attack with defenders. But if you like to attack with defenders I wouldn’t be so sure if you would like him as he doesn’t have the best positioning plus his H/L. But with a shadow he feels really fast, and he isn’t tall, which I like because small players feel really fast. Of course his agility and balance make him even faster. As I said before the only con is his attacking because he doesn’t positions really well, he has 3* skills and doesn’t dribble a lot. But isn’t a con for me

He is one of the fastest players I have used(of course it’s not like if I have used some of the best players), as I said just put him a shadow and he will outpace everyone. His height makes him feel really fast, agility and balance are great. Mbappe will fear him

Only con if you use to attack with players, he doesn’t positions well but he kinda has decent long shots. I know if kinda repetitive but as I said he will be a perfect defending LB. Probably the only non-icon LB that could be better is RTTF Alphonso

Its also a little con, he doesn’t passes bad, but he could pass better. Still it isn’t bad at all considering that a lot of LBs have the same or even less passing and the good thing of Torreira is that he won’t make bad long passes because 80 isn’t bad. In conclusion they are good and above average, he could even play as a CDM if needed

He doesn’t have the bets dribbling or skills but he is a Defensive LB and it isn’t so bad. But actually he didn’t feel bad at dribbling because he has great agility and balance plus his body type helps him to dribble really agile. So it’s not the best dribbling, but it is really agile

He is perfect, a few players would be able to pass him and only a few times. That H/M helps him to defend really good and he doesn’t only defend like a god, but he also runs like it. Even if you aren’t the best defending(because this year it is really bad) it feels like if he made it without you having to press any button. Really, one of the best LBs I have ever used and for me that is a really good price.

Wow, he is actually perfect, he actually has great strength for the amazing pace he has and for that height. That body type as I said makes him really fast but It affects a little bit in strength. He feels kind of weaker than he should but he is way stronger than most LBs and a important thing is stamina, well don’t worry because he has a lot and will never get tired. Plus his aggression, Wow 96!. That really helps him a lot

He is an absolute flash

Not the best dribbling but he dribbles really agile

Defends better than a lot of CBs

Not the best at attacking + positioning

Hey guys, this is my first review ever on FUTBIN, but I wanna give you some information about Torreira Freeze and if I can recommend him. So, ingame I don't play him as a LB, because I already have Mendy untrade and I wanted to try Torreira as a CDM, and wow he is so good there. Ingame I play 4231 with him and Xavi base Icon as a CDM. He is fast enough to outrun most strikers and has good defending stats to get the ball, especially his interceptions are really good. I know that he isn't that tall, but because of that I put ANCHOR on him to push his strength.

As I said, he is so fast, he can even outrun an Mbappe and this so important, I don't want to know how fast he is with shadow.

Torreira was SO good on the ball, he was so agile, he could easy outplay a Kante if he had 4* or 5* Skill Moves. I really liked that he has 88 balance, you can feel that ingame.

His WR make him so good at defending, nearly no one could pass past him and in combination with his pace and strength, he is better than Kante for me, because he gets nearly every ball.

With ANCHOR he is really strong, he could knock out Ibrahimovic in a 1v1.

first of all im a big fan of him irl so i maybe a bit biased, i bought him for that same reason not because i was expecting him to make a big difference but because i like him.

lets get in to the review: