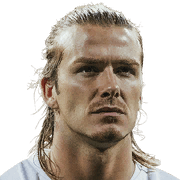 -
Sub out
Upcoming Matches
P. Chemistry
Squad chemistry
ST
81
RW
84
LW
84
CF
84
RF
84
LF
84
CAM
86
CM
86
RM
85
LM
85
CDM
80
CB
74
LB
77
LWB
79
RB
77
RWB
79
Reset
Basic
Sniper
Finisher
Deadeye
Marksman
Hawk
Artist
Architect
Powerhouse
Maestro
Engine
Sentinel
Guardian
Gladiator
Backbone
Anchor
Hunter
Catalyst
Shadow
Comments
Reviews
0
/600
Update my avatar Dos and don'ts
Top Rated
New
Controversial
Show comments
Top Reviews
Only logged in users can submit a review
A review must be written in English
At least 200 characters are required.
Compare this player to other similar players you have used(optional).
If you import your club to FUTBIN or send us an image with the player data(fill the form below) your review will be marked as verified.
Include what you liked about the player in the pros area and what you disliked about the player in the cons area.
Your review will be manually checked during the next 24 hours.
Chem Style Used
Formations
Position
Rate Player Base Stats (1-10)
Pace
5
Shooting
5
Passing
5
Dribbling
5
Defending
5
Physicality
5
Most Used In:
Submit Review

Today I will make a review of the newest card, David Beckham, and yes I know, he might not be meta or the best Midfielder, but I mean, you can’t complain, you literally have to do nothing to get him and he isn’t bad. And it fitted in my team because I need a RW that could defend. Plus if you like Beckham he will feel like a God in game. He felt really good and I used him for the Icon Swaps matches, he helped me to win them all

He isn’t the fastest, but with a shadow his pace isn’t actually bad and that why should play him as a CM, he is really good there.

His shooting is great for a CM, he has the necessary finishing for scoring great goals and decent long shots. He has 3* wf but it doesn’t feel so much and specially with the outside foot shoot.

One of the best passers I have used this year, the only one that I could say that passes better is Fabregas RB and Messi. But of course they aren’t free, even with his wf his passes are great. Also it is really fun to take Free Kicks with him, specially with that curve.

Ok he might not be the best at skill moves, but he controls really good the ball plus he has nice reactions. Agility and balance could be better but they aren’t bad at all. And the 3* skills could be a problem but just avoid dribbling too much with him and use his master passes.

He is great intercepting and not bad defending. He could have better def awareness but it isn’t bad and will make the job. I just recommend you not to put him as a CDM because that isn’t obviously his speciality.

He could have better stamina or strength, but the fact of being free makes it better. You will probably need to change him at minute 70+ or you could use him as a sub but if you use him as a sub he could be quite slow.

EASIEST CARD TO GET IN FIFA

Not bad pace with shadow

I have a quite fun style team not based around the meta. I try to make it a bit of a hybrid, and I like to use different players, so I decided to make a squad suited to Beckham. I applied a sniper on him as I am not to bothered about pace this year having played with OTW James Rodriguez. He does actually feel very quick on the ball , and his dribbling (especially his agility) feels a lot better than the stat on the card. I play him at central cam in 4231 with Bolasie ahead of him, and van Bergen and Sinclair either side. His distribution is normally top drawer especially his long balls and crosses. He can pass off of either foot, with his 3* weak foot only having a mild impact. I applied sniper to give ridiculous long shots, but I feel that his finishing is still insane despite it only being 80. It is helped by the shot power being boosted and his finesse shots are insane do his curve. He is versatile so could play CM, CAM, RM, LM and CF. Possibly even striker but that could be a bit risky.

i am actually using this card in my main team in replace of RTTF Isco, ingame he plays CAM with a Hunter and my god really is A BEAST so far played 4 games 6 goals and 1 assist for me he dosent dissapoint you he really is beckham and hes FREE! his skills and Weak foot can be an issue but it dosent really affect me