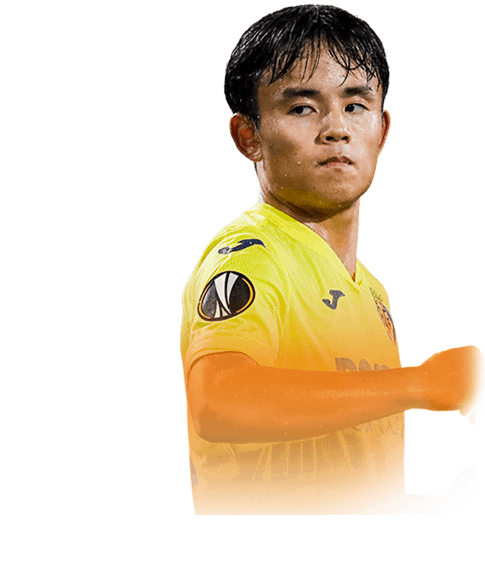 4
Sub out
Upcoming Matches
P. Chemistry
Squad chemistry
ST
77
RW
84
LW
84
CF
83
RF
83
LF
83
CAM
84
CM
78
RM
83
LM
83
CDM
65
CB
56
LB
66
LWB
70
RB
66
RWB
70
Reset
Basic
Sniper
Finisher
Deadeye
Marksman
Hawk
Artist
Architect
Powerhouse
Maestro
Engine
Sentinel
Guardian
Gladiator
Backbone
Anchor
Hunter
Catalyst
Shadow
Comments
Reviews
0
/600
Update my avatar Dos and don'ts
Top Rated
New
Controversial
Show comments
Top Reviews
Only logged in users can submit a review
A review must be written in English
At least 200 characters are required.
Compare this player to other similar players you have used(optional).
If you import your club to FUTBIN or send us an image with the player data(fill the form below) your review will be marked as verified.
Include what you liked about the player in the pros area and what you disliked about the player in the cons area.
Your review will be manually checked during the next 24 hours.
Chem Style Used
Formations
Position
Rate Player Base Stats (1-10)
Pace
5
Shooting
5
Passing
5
Dribbling
5
Defending
5
Physicality
5
Most Used In:
Submit Review

4.0
Better than I thought
46 users liked this review

I was calm playing... When ea put this event again, the first thing i thought it was... wtf ea?? But then i saw this beast: Take Kubo. Without thinink twice i bought it ( i dont regret it). I tried him, and i think that this guy is the best option if ure thinking about buy a RW/RM from La Liga Santander... U should put a deadeye on him and you will one of the best players ever! btw villareal isnt doing so bad in the europa league, u can buy him cuz he's not so expensive and hope they'll do it well in the europa league. There are other options if u dont want to buy this beast: Portu rttf, Beckham (real madrid), ocampos rulebreaker, rodrygo record breaker... But i think that Kubo is the best one.

Ohh lads mcjell was right, I saw his review and KILOOOOO DE he was a ChEEkY boi. I was able to try out his summer heat last year and granted it was a very good card something felt off for me i didnt get that same card mcjell was using. I have been trying to figure out my team after putting in all my fodder into icon pack and getting shearer. So here we are the day after christmas and back to playing fifa. I gave him a good shot played 15 games and enjoyed the card a lot. I used a hunter to improve pace and shooting. Safe to say This card is mad i recommend putting him on cut inside so that you dribble with him and then start going towards goal and then finessing it top bins. The main fact to remember is that HES only 18K yes thats right 18 plus hes gonnna get upgrades since villareal are playing very well rn

Feels smooth on the ball

King Kubo is exactly what you want in this year's meta, a winger who bullies opposition fullbacks with pace/ get in behind football, delivers quality crosses into strikers, and has the technical dribbling to get into a good shooting position. He's a true get in behind winger with pace for days. He thrives on through ball deliveries from fullbacks so matching him with some quality passers will bring out the best in this guy. His 77 shot face stat is laughable compared to his ingame ability, he has never struggled to finish shots and continues to score goals from all over the pitch. His shooting complements his pace and dribbling ability perfectly. At such a cheap price he is a valuable addition to your side as a starter (which he is for me) or as some much-needed pace as a second-half sub. I think you would be crazy to pass up this card. Im gonna say it: I think he's this year's Ryan Kent rottf.