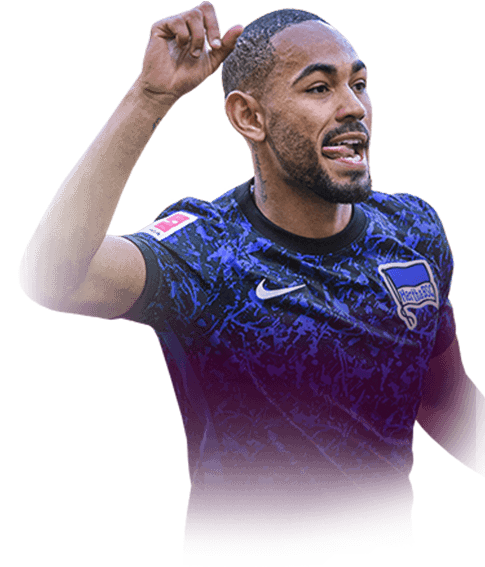 Alright, this is my first ever review and I feel I should start with something i get for free. I basically play a F2P Bundesliga team and to do this Matheus Cunha Obj is a no brainer for me.

After using this card for 6 games, I’d say he does have an significant impact on the game if you’re upgrading your Bundesliga Gold Rares (Haaland, Reus, Lewandowski, Sane). I played him right as ST right infront of my T. Hazard Freeze and I was purely satisfied with his runs, finishing, shielding of the ball and dribbling. For a FREE card, it’s definitely worth the time to obtain this fabulous Neymar Doppelganger. Despite not having a finesse trait this year, he still can finish it off as usual.

I wouldnt say he’s as good as Neymar, Mbappe or Ronaldo, but he definitely is 1 tiny level below it and as for FIFA player who doesnt spend money on this game, it can be a gamechanger for you. In terms of Bundesliga strikers, he’s definitely up there, on par with FREEZE Gnabry and way better than RTTF Bebou, FREEZE Joao Victor, ALL of Haaland’s & Lewandowski’s cards.

*It’s important to take note of his future upgrade because he has the potential to be an absolute beast of a player ingame. It’s just a matter of time and luck.*

• Pace when on HUNTER

• Dribbling. I enjoyed his dribbling with left stick dribbling.

• Despite only having 75 STR, due to his 6”0 height, he’s able to ward off meta defenders like Gomez & Varane

• Not Clunky at all

Cunha headliners is so so so easy to complete and not a difficult grind for such a good card. I used him in champs and rivals at ST alongside Dony Malen Showdown card and hes an absolute beast.

I hope he gets more informs cos he will be absolutely broken with some upgrades. For now though, he's a brilliant card.

Responsive dribbling, powerful shooting, and great passing, what more could you want for your striker.

I'll start this off by saying I'm a Gold 1 player and I have played Cunha at both striker and right CAM in a 4-2-3-1. I, like most others, saw this card and thought it would be great value. 4* 4*, decent pace and shot on paper; EA you did good. He is a paper tiger though, looks great on the surface but is disappointing in game. Like what appears to be a beautiful woman who takes off her makeup to reveal herself as a gargoyle. Back to the review though.

He's a better striker than he is a CAM but I don't understand how you guys are playing him, or who you're playing against where you relate him to a 2nd rate Neymar. You've never played with Neymar if you think he's a second rate Neymar. Neymar is a Ferrari and Cunha is Hyandai. He'll get the job done but its not going to be pretty or feel good. Like come on, he's just another guy. Everything he does is okay, and the card leaves so much to be desired at this point in the game. He feels clunky, dribbling is alright, shot is decent, passing is average, and physical is average. If you need a guy to disappear in space while the rest of your attackers put in work he is your guy. He is so shockingly average at everything he turns into Casper the friendly ghost in game because you start to avoid giving him the ball. The only redeeming quality of the card is that it has the potential to get upgraded so he has more value as SBC fodder. But even with a double upgrade he doesn't have the potential to be "an absolute beast of a player" like buddy above says. EA duped me into thinking this player might be usable but it is what it is.

TLDR: Other reviewers are smoking some strong stuff or playing the AI on beginner. He's nothing special. Card on the surface looks solid but is a forgettable player. Will be SBC fodder. If you didn't do the challenges to get him, you aren't missing out on anything.