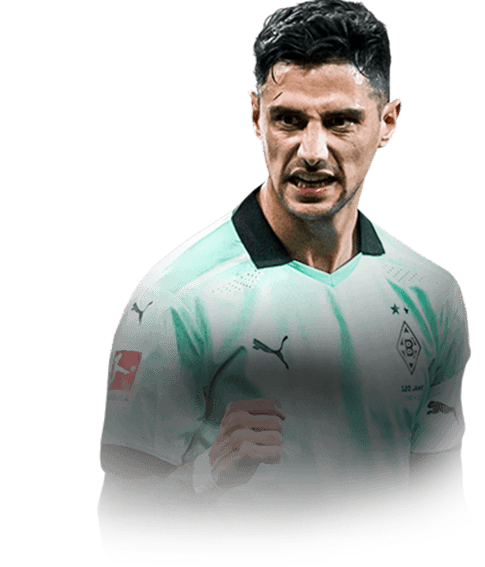 0
Red
Upcoming Matches
P. Chemistry
Squad chemistry
ST
85
RW
85
LW
85
CF
87
RF
87
LF
87
CAM
87
CM
86
RM
85
LM
85
CDM
78
CB
72
LB
73
LWB
76
RB
73
RWB
76
Reset
Basic
Sniper
Finisher
Deadeye
Marksman
Hawk
Artist
Architect
Powerhouse
Maestro
Engine
Sentinel
Guardian
Gladiator
Backbone
Anchor
Hunter
Catalyst
Shadow
Comments
Reviews
0
/600
Update my avatar Dos and don'ts
Top Rated
New
Controversial
Show comments
Top Reviews
Only logged in users can submit a review
A review must be written in English
At least 200 characters are required.
Compare this player to other similar players you have used(optional).
If you import your club to FUTBIN or send us an image with the player data(fill the form below) your review will be marked as verified.
Include what you liked about the player in the pros area and what you disliked about the player in the cons area.
Your review will be manually checked during the next 24 hours.
Chem Style Used
Formations
Position
Rate Player Base Stats (1-10)
Pace
5
Shooting
5
Passing
5
Dribbling
5
Defending
5
Physicality
5
Most Used In:
Submit Review

Why do we play FIFA? Is it for the love of football? For the thrilling action in a match? For the excitement of opening packs? Maybe it's because you've played the game(s) your whole life and want to prolong the experience, or you've recently picked up on the game and are going through a football-loving phase. Whatever type of player you are, I strongly recommend you to try out this 86 Stindl card. Players have caught the meta flu and usually don't appreciate the slower and bigger players. Whatever you think, you can have fun with this card in the striker, (pace/dribbling chem style) attacking midfielder, (pace/passing chem style) or central midfielder position (defensive chem style.) Sure, he won't be as fast or as agile as the typical French attacker, but he feels very experienced and refined during matches, if you can understand my choice of words. His physical stats are very well-rounded, and you can feel it. He likes to get forward and create chances, which is good for counter attacks. And oh boy, can he shoot. If you get in front of the goal from a good angle, his shots will always be on target. Stindl has been a great addition to my club, as a much-needed replacement for Emre Can. In conclusion, I suggest you to take a break from the usual and play for fun, not for competition.

Well-rounded midfielder, can play as striker, good stamina and aggression, quite a bit of good Bundesliga cards to link him to.

Can be a bit slow in defensive play, passes aren't always on target, defending leaves a bit to be desired.

Lars Stindl's pace is not as much of a hindrance as one might expect. He won't outpace someone on an 1v1 and won't muscle off too many defenders, but for under 50k and for relatively low risk (one could easily use his card as fodder thanks to its rating, and why not try a new player) you are getting a top playmaker and long shot taker. After slapping a maestro on him, I watched him thread ridiculous passes and gather assists aplenty. Most importantly, he scored an insane amount of longshots by following one simple play countless times: Play it to Stindl on the top of the box, turn with one touch slightly in and then hit the finesse with three bars or so of power and watch his goal tally rise for your badge. Some may not appreciate his dribbling, passing, or shooting thanks to his lack of pace, but if you can adjust to using him as a playmaker and longshot taker then he can easily excel for a team. The madlad deserves a shot in many situations, even as a supersub, assuming you want to score cracking longshots.

Pace, but don't let this fool you

Stamina towards the end of games

Most people was not happy about that Buli-POTM. I decided to just make it and I'm happy about.

I first tryed him on CM position with shadow on. Here he wasnt that effective. Felt slow and not very good at tackling which you surely need there.

On CAM position i normaly got freeze gnabry and he is a rocket there. But i tryed to use stindl and wow, on CAM-position he makes it.

His moves are sometime just like in realy life, his passing is just awesome. For 50k you get an excellent cam.