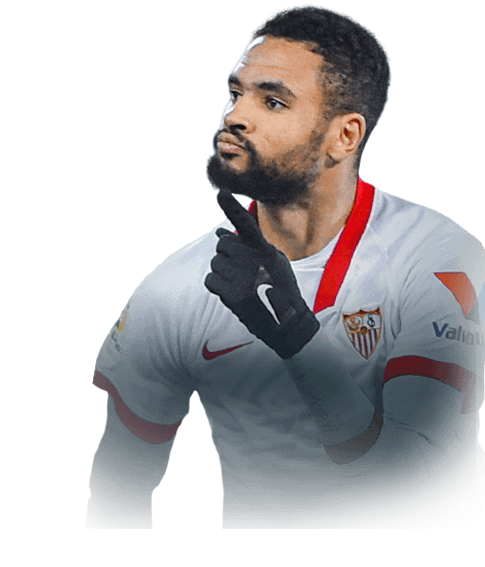 16
Sub out
Upcoming Matches
P. Chemistry
Squad chemistry
ST
90
RW
83
LW
83
CF
86
RF
86
LF
86
CAM
82
CM
74
RM
81
LM
81
CDM
61
CB
59
LB
61
LWB
63
RB
61
RWB
63
Reset
Basic
Sniper
Finisher
Deadeye
Marksman
Hawk
Artist
Architect
Powerhouse
Maestro
Engine
Sentinel
Guardian
Gladiator
Backbone
Anchor
Hunter
Catalyst
Shadow
Comments
Reviews
0
/600
Click here to verify your account in order to comment Update my avatar Dos and don'ts
Top Rated
New
Controversial
Show comments
Top Reviews
Only logged in users can submit a review
A review must be written in English
At least 200 characters are required.
Compare this player to other similar players you have used(optional).
If you import your club to FUTBIN or send us an image with the player data(fill the form below) your review will be marked as verified.
Include what you liked about the player in the pros area and what you disliked about the player in the cons area.
Your review will be manually checked during the next 24 hours.
Chem Style Used
Formations
Position
Rate Player Base Stats (1-10)
Pace
5
Shooting
5
Passing
5
Dribbling
5
Defending
5
Physicality
5
Most Used In:
Submit Review

Alright, so this card wasn't nearly as bad as I thought it would be. Even though you might have to adjust your playstyle, he is fun and good value for coins. I decided to put a hawk on him because I wanted to boost his shot power and strength. I have played 10 games with him in Div 2 rivals, and he has 16 goals and 5 assists. I partnered him with Raul up top because Raul has good passing and compensates for En Nesyri's weaknesses.

The best way to play with this guy is not to dribble or pass a lot, but to get other guys to set him up. You can also cross and head with him or score from corners. Another good way to play is to use lobbed through balls because he has strength to hold defenders off as the ball is in the air.

If you are an elite player that wants to play meta then this card isn't for you, but if you are a decent Gold 2/3 player like me that wants to have fun, try him out. He is so cheap and if you don't like him you can use him in an SBC.

Much like probably anyone interested in using this card, I just like to try out different cards and not just stick to the meta. To counter the 532/352 which everyone seems to be using nowadays I switched to good ol' 433(5) with a false nine, to tiki-taka my way out of problems. I had been using moments Suarez at the False-9 position, and whilst his passing was out of this world (the vision that Suarez has with Catalyst is unreal, sometimes he gives a through ball that I hadn't even seen) I felt like he was lacking in size to hold of the likes of Varane and Gomez, in comes this guy. I thought, with a hawk this guy looks surprisingly decent in terms of positioning, strength and obviously the body type and boy does he not disappoint. His attacking IQ is just unreal, he just seems to always find that open space where I can lay my ball of to him, hold off the defender and spam that through ball to CR07 or FB Robben (who are my RW and LW). Although his passing stats look absolute dogsh*t, his short passing game is good enough to make him miles better than Moments Suarez, as a False-9 that is. Another great extra is the spice that he gives at corners, his heading and jumping are unreal, and since most opponents focus on covering CR07 (let's be real, that guy is just insanely good with heading at corners) he's most of the times umarked and can score some easy goals. Since I use him as a False-9 he is more of a distributor, but his positioning does allow him to score some goals assisted by my legendary wingers. I have yet to miss a show with this legend (though, again, he shoots way less in comparison to my wingers), his left foot just doesn't seem to miss.

Are there any negatives, definitely yes. Although his dribbling isn't even half as bad as it looks (he does turn and dribble around a defender quite easily), the lack of agility and balance sometimes shows when he is making his run towards that open space, the guy just sometimes seems to randomly tumble and fall. As if the lack of balance and agility cant handle his quick feet. Obviously this is very annoying, but I feel like this doesn't happen too often and the good very much outweighs the bad. Another negative my be that he doesn't really seem to be able to do anything else than False-9. When I'm down and I need to score goals, switching to the narrow 41212 formation, he just completely vanishes. But then again, this SBC comes in at 30k, so you just can't be asking too much I'd say.

In summary: do you play a formation with a False-9, this guy is unreal. Do you play anything else? Don't waste your fodder and keep on playing with your meta speedy runners.

I did the En-Nesyri SBC cuz I thought his card looked decent. He was so good and the first weekend league I used him in he scored 17 goals in the first 6 games. His shooting is out of this world and he almost never misses.

His passing is kinda bad even with an engine.