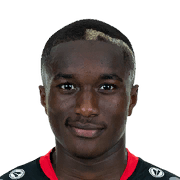 0
Red
Upcoming Matches
P. Chemistry
Squad chemistry
ST
74
RW
83
LW
83
CF
81
RF
81
LF
81
CAM
82
CM
77
RM
84
LM
84
CDM
65
CB
53
LB
65
LWB
70
RB
65
RWB
70
Reset
Basic
Sniper
Finisher
Deadeye
Marksman
Hawk
Artist
Architect
Powerhouse
Maestro
Engine
Sentinel
Guardian
Gladiator
Backbone
Anchor
Hunter
Catalyst
Shadow
Comments
Reviews
0
/600
Update my avatar Dos and don'ts
Top Rated
New
Controversial
Show comments
Top Reviews
Only logged in users can submit a review
A review must be written in English
At least 200 characters are required.
Compare this player to other similar players you have used(optional).
If you import your club to FUTBIN or send us an image with the player data(fill the form below) your review will be marked as verified.
Include what you liked about the player in the pros area and what you disliked about the player in the cons area.
Your review will be manually checked during the next 24 hours.
Chem Style Used
Formations
Position
Rate Player Base Stats (1-10)
Pace
5
Shooting
5
Passing
5
Dribbling
5
Defending
5
Physicality
5
Most Used In:
Submit Review

4.5
The bundesliga ryan kent (without a wf)
4 users liked this review

I love this guy. I got him in my red picks and he's very fun. Hes superrrr agile and sooo quick. Genuinely no one has ever outpaced him. I used him in squad battles first then played rivals and wow. Simply wow. He's super ez to link because french links are really common so i strong linked him to my mukiele i got earlier in the game and that pairing is insane. on one hand you have a beast of a rb with mental defending who tackles with ease to lay off a fantastic ball to an amazing pacey winger with incredible dribbling. he is crazy. i think the reason he is so good at dribbling is that fantastic body type. making him super agile even though he already has 93 agility and 95 balance. However when you're playing against the classic defenses that have like mendy varane vvd gomez and other strong and big players his shots get autoblocked easily because of his shot power. but as an assisting player he is very good. obviously physically he isn't great but what do you expect from a guy with short and lean- body type with 48 strength. He's just kent but faster and has a worse wf

Shooting can be sub par and physically he is very weak. his wf is quite annoying as sometimes it can be very useful to turn in and out on the weak foot but you can't do that with this guy.

Where do I start. Diaby is just good. I thankfully got him in red picks. He has that pace to get past defenders with ease, and with his 4* skills he can get past the keeper for an easy goal. His shot is the best, but with a deadeye you can trust him from further out. He has amazing agility and balance to dribble with. Like his shot his passing is quite bad but a deadeye really helps out. With his stamina i find subbing him off at half time is the best option.