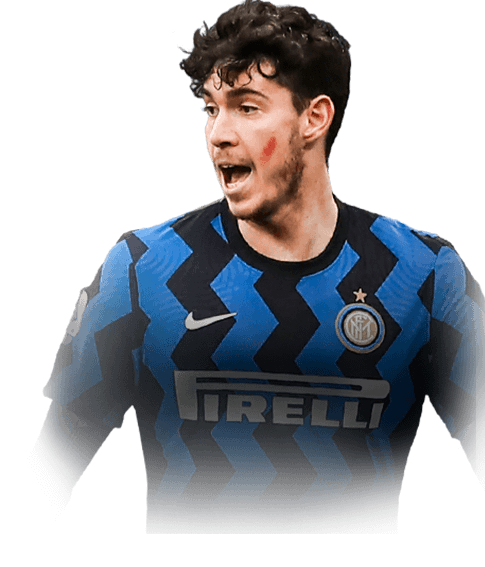 0
Red
Upcoming Matches
P. Chemistry
Squad chemistry
ST
64
RW
66
LW
66
CF
65
RF
65
LF
65
CAM
66
CM
72
RM
70
LM
70
CDM
83
CB
86
LB
82
LWB
80
RB
82
RWB
80
Reset
Basic
Sniper
Finisher
Deadeye
Marksman
Hawk
Artist
Architect
Powerhouse
Maestro
Engine
Sentinel
Guardian
Gladiator
Backbone
Anchor
Hunter
Catalyst
Shadow
Comments
Reviews
0
/600
Update my avatar Dos and don'ts
Top Rated
New
Controversial
Show comments
Top Reviews
Only logged in users can submit a review
A review must be written in English
At least 200 characters are required.
Compare this player to other similar players you have used(optional).
If you import your club to FUTBIN or send us an image with the player data(fill the form below) your review will be marked as verified.
Include what you liked about the player in the pros area and what you disliked about the player in the cons area.
Your review will be manually checked during the next 24 hours.
Chem Style Used
Formations
Position
Rate Player Base Stats (1-10)
Pace
5
Shooting
5
Passing
5
Dribbling
5
Defending
5
Physicality
5
Most Used In:
Submit Review

I'm writing this review today because I have been trying this guy out... No, that's not the reason. There are no other reviews on here at the time of writing this, so I thought that would be a surefire way of getting those all-important likes so I can feel elated for getting a digital source of approval.

In any case, I just love left footed players, and I've been in need of a left footed cb since my poor IF Gabriel fell behind the power curve. I replaced my favourite cb this year, Rulebreakers Denayer, to fit this guy in as lcb in a 4-4-2 with a shadow. For starters, I will be comparing him to Varane: he is not as good as Varane. Next, I will compare him to Joe Guizzy: he is not as good as Joe Guizzy. Real shame, that no matter how many cbs EA release, Joe Gomez and Varane will always be better. In any case, Bastoni is a beast. He is pretty good on corners, but I never aim for him specifically. His auto-blocks are better than any player I've played with (I haven't used Varane or Gomez). His standing tackles in the box are cheat codes; he doesn't foul at all (or maybe I'm just really good at defending). His slide tackles are pretty good when needed to get a last ditch tackle. His price is very fair since there are not more than 5 cb options from the Serie A, and it's been inflated due to all the SBCs from Serie A recently (depending on when/if you're reading this ofc). In conclusion, a solid option if you need a good cb.

First I would like to state I'm a borderline D1 player and played all my games with Bastoni around the 1900 skill rating area. When they decided to come out with my favorite career mode wondered, Sandro Tonali, I knew I had to complete his objective and find a way to link him into my team but did not know how. Then Alessandro Bastoni was released and fit into my team perfectly. Although I like to play "fun" players and not always the meta, I like to play the best meta formations so I used him as a left center back in the 5-2-1-2 paired up with mid campbell, storyline Duncan, future star Dalot, and objective sink graven. From the moment he entered my team he was a complete beast and great all around player. He has great defensive positioning to track players and would often intercept balls with just the AI. I would say 90% of his tackles he kept which is really good for how often in this game you make a tackle that just ends up giving the opposing forward a breakaway. For a center back, he has phenomenal passing and dribbling so you should have no problem playing it out of the back with him. Although his physicals are somewhat low, that seemed to make little difference as his strength felt much better than his stats, his stamina is great for a cb, and has great aggression. His pace is not the most phenomenal but more than enough to get the job done in any situation. For a player that is currently under 200k, he is great value for his coins and recommend you get him if you can fit him.

*Passing and Dribbling for a CB

I have to say I´m a bit dissapointed in Bastoni. He comes close...but just not good enough. In a Serie A team there are not much great options for CB so I got excited when I saw this card for the first time. Sadly he did not live up to my high expectations. I play 4-2-3-1 formation with 2 defending cdms -Duncan and Kessie-. My other CB is Koulibaly (88). The first thing I noticed while playing with Bastoni was his lack of strength, with a shadow chemistry his pace is great and so is his defending, but he will get bodied by strikers with decent strength like CR7, Kane, Stoichkov, rooney etc. So considering his lack of strength got me frustrated I tried an anchor on him. His strength improved greatly, however his pace declined to a level where he got outrun on counters every match. His agility is another issue, while his stats look good, in game he turns very slowly.