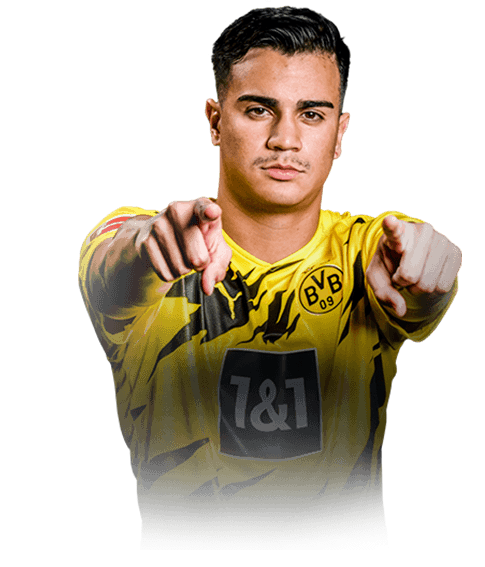 So, after playing way too much fifa on Friday I finally unlocked this card and after taking him into 4 games of rivals I can say he is absolutely worth it. I think that the 85 version is really good as well but this one just takes it to the next level. Pace 9/10- with a hunter he is really fast and has no problems getting in behind. Shooting 9/10- he is an absolute monster in terms of finishing and plays well above his stats, inside the box he doesn't miss and his finnesse shot is really good because of his 96 Curve, he even made 2 outside the box finnesse shots despite only having 82 longshots. Passing - 8/10 while I played him at striker I can definitely see someone playing him at CAM because of his passing stats 94 vision, 90 short passing and 96 curve make him a really good passer, barely missed a pass even on his weakfoot. Dribbling 8/10- While he doesn't dribble like ben yedder or neymar his dribbling is still really good for someone that is 6"1 and has high and average body type, probably the best dribbler that i've used that is over 6" ft tall. Defending- N/A. Physical 8/10- his physicallity is amazing, 85 strength means that he rarely gets pushed off the ball. Overall, this card is Amazing, I definetely recomend going for the 87 if you have the time.

First of all, I am a Dortmund fan so possibilities are that the review could be slightly biased, but this card insane and out of this world. I sweated about 6 hours or so just to get this card and I am not disappointed with it, even within only 5 games. I play him up top at left striker alongside Delort's player of the month, and both of them bang in goals at least 5 between them a game.

With a hunter this man has almost maxed out pace, and he indeed feels almost as quick as players like Mbappe but his agility makes him feel slightly slower on the ball, but still good.

As I mentioned earlier is that he scores many goals a game, with his finishing being very good, with hunter. His curve also helps his finesse shots, especially the ball-roll, finesse shot combo. His 4 star weak foot actually feels better than that and is key in being able to have no problems in shooting off of either foot.

One of my favorite parts about this card is his high passing stats. I have had problems with striker cards in the past is that they can't pass. If I need I can give him the ball to his feet and trust him to dribble, and then release a reliable pass to a wide player of my other striker.

There is absolutely nothing wrong with this cards dribbling, in fact his only problem might be that, he is rather tall so is slightly more unresponsive than shorter players. $ star skills is nice as well, and he keeps the ball at his feet.

He is quite strong, which means that he can't be bodied off of the ball. Although his aggression isn't the best it isn't to bad.

Do him. I can't stress enough how amazing this guy is. He is amazing. He may take 27 games at minimum to do however it is worth it. Fut champs takes 30 games and we all know what fut champs rewards are like. This guy is a card that i guarantee will last you until tots. EASILY. His shooting is superb, his dribbling is amazing even with the balance and body type, his strength is fantastic. Even his passing is super good. Brazillian and bundesliga links give this guy a lot of options including players like neymar, matheus cunha, gnabry and other sbcs and tradeable promo players ea added. It is super easy to do this card. I got the 6 wins in 8 games super easily and whilst other objectives may take a while this one is simply just score with him and relax. Like me, i didn't do fut champs this week just to do this objective and whilst all of saturday today has been a grind i think it was so worth it for the this card. BTW you don't need a shooting upgrade. If you watch my player review you can see below you'll understanding what i mean. His shot power is just insane.

Balance (can be fixed)