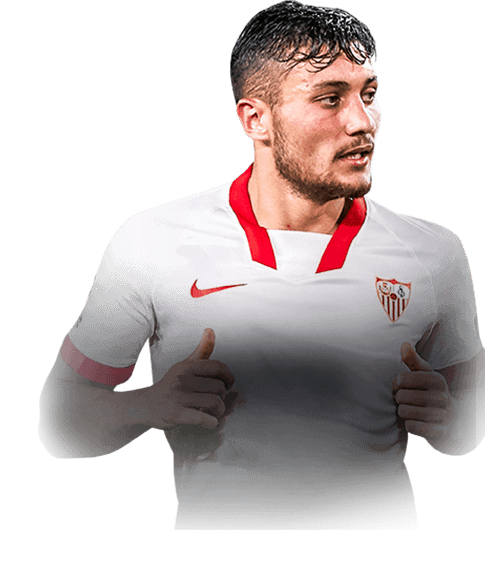 Yes, we're all disappointed that it's not Pedri, but let's not discredit Oscar here just because of EA being crap. Let's get into the nitty gritty here with this card. I was hesitant to do the party bag, but I did it for the low low of 20K and packed this Geezer obviously thinking a Future Stars, SPAIN!, ANSU FAT... Oscar. This is the perfect card to pair up with the new Cucurella, so I was pretty stoked about it after I found out. I have him playing CAM in the 352 formation with EOAE Rooney and Sadio Mane as my strikers. Oscar fits the role so well that he exceeded my expectations that I had on him. I have Base Icon Xavi on my team and let me tell you, he played like Prime Xavi in real life, but with amazing shooting stats. He picks apart the defence of Varanes and Mendys, slices and dices with his dribbling, becomes a maestro in the midfield, and shooting *Chef kisses. You're probably still not convinced and you probably use Varane and Mendy still because they're META. Well, I don't take the game serious anymore and only play Rivals do objectives, SBCs, and trade. Don't play champs anymore because it took a toll on my health, but let me tell you, I have more fun trying new teams out than grinding out 20 something wins every week for some dead player picks and dead rewards. With that being said, try Oscar out. He's not the best obviously with 3* 3* and it's pretty late into the game already, but it's a neat cool card to try and it may or may not disappoint . Save your coins if you're tight, but if you're looking for fun, go ahead and try him and sell him back if you don't like. Many people are not gonna like him, but for me, he's perfect. Tbh this could've been a sad excuse for hyping up this card because EA haven't gave me good pack luck and I've been playing since before the release (that's somewhat true), but the games I've played with Oscar scoring 5 goals with 3 assists in 5 games in Div 2 further strengthen my review on him.

I completed the Future Stars PartyBag and got Oscar. Yes, I was very disappointed, because when the Spanish flag came up I thought it was Ansu Fati. But no. It was Óscar Rodríguez. I showed it to my friends and they all said it was an L. I agreed, but decided to give him a chance.

The formation I play ingame is 3-5-2. My wings is Lainez future stars and Dembele. I play Messi CAM, and Aouar at Striker with Oscar. Yeah, I know he is a CAM with 3* wf. But hear me out! This guy is absolutely underrated and cheap. I don’t let Oscar go in the box, but he stays outside the box with Messi, so technically I play with 2 CAM. EVERY finesse shot, he scores. Every shot outside the box, he scores.

The issue with him is that he has 3* skills and 3* wf. He isn’t so fast, so you need to pass the ball away to your teammate.

So overall he is a FUN card to use. If you are looking for fun in this game, use him. He isn’t meta.

Stamina (you need to sub him off at 70 minutes

When you get him in PartyBag