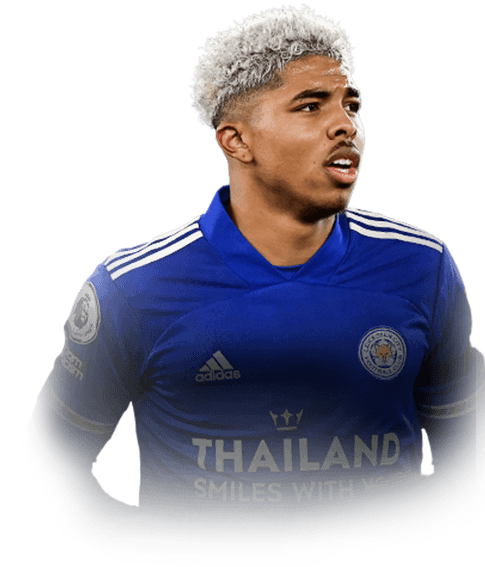 Honestly this card is insane. Not much to talk about except saying he is the best cb in the gole of the premier league. His defending is insane and his physicals are crazy. I was linking him to my new todibo and they are an insane 6'3 pairing.

Everything defensively is insane. 6'3 and his work rates

Nothing much but maybe the pace and aggression

At first I wasn`t sure if I should do him or not but in the end I decided to do him cause he does look like a good cb. Idk were to start.. doing the objectiv wasn`t great fun but easier than I thought, when i was finaly finished i couldn`t wait trying him out. Even his 84 card was rlly good. I made him in my team and played a few games in Rivals Division 4. he is amazing, great hight, feels fast (is fast), decent dribbeling, good defending, can even shot a little bit, can score headers (6`3, 92 jumping) but the best wit this card is his outstanding passing ability! I`ve seen an review on YouTube about him (can`t remember how it was) and he said and showed how good his triangle+L1 passes are, ofcs I`ve tried it out by my self and... wow. About 9/10 of these passes are coming great (sometimes the oponets defender gets the ball). He isn`t as good as Varane defensivly but i think in any other aspect Fofana is the CB to pick. also gets great links bc of Prem & French, play him with Todibo.

This is my first player review:

I am a gold 3 player and im doing a high grade on school but thanks to online lessons i have no tests and a lot of time. when the future star came out i didnt have the amount of coins and fodder to complete Todibo so i grinded for 4 days in squad battles and managerial masterpiece to unlock his 86 to test if he was worth the grind. I tested him in division 4 in a 4-2-2-2 with an shadow chemstyle and 10 chemistry. Now you must to know that i have an really good team. With an 93 Ronaldo, 87 Rashford, 90 Keane, freeze Martinez and supersub 88 Sancho you have an benefit in the match against weaker teams. I played 5 matches and i can tell you that he is absolutely worth the grind. He feels like base or mid desailly with extra passing and dribbeling. He feels extremely quick and beat strikers like Mbappe, Ronaldo and even Neymar out of a sprint duel. His heading is perfect. He scores 2 goals out of corners thanks to his length, jumping and heading accurcucy. His strength is absolutely good to, i won 4 matches and lost 1 due the lag. But it is an absolutely beast behind an absolutely worth the grind.