KEVIN MBABU - What if 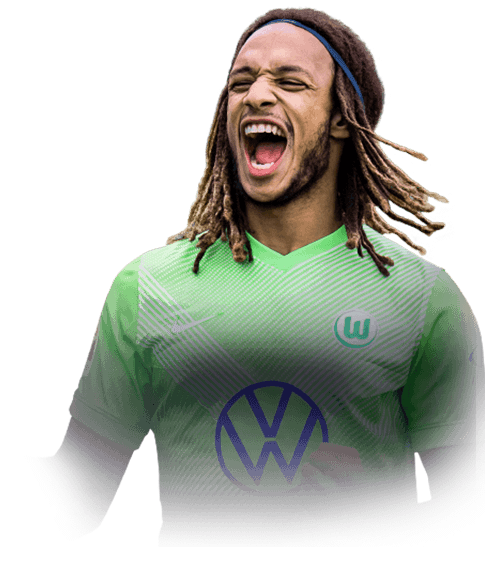 So here I was thinking about buying Reece James RB for 750k and then came Mbabu. I felt like he might be just the same type of player that i could perfectly play as a right CB in my 352 or the 532. I wanted to get Reece james when he came out and made the Mistake to wait for too long and now he is so expensive. So this time i went right in at 460k and I didn't regret a thing.

I linked him in with Akanji RTTF and Zakaria RTTF, who I recommend as well.

He played at CB next to TOTY Ramos and Akanji and he might be the best Centerback I have played so far. Even playing next to Ramos he seemed to be the guy that always gets his foot in for a block or catch up to the player and bully him off the ball when I thought the opponent was clean through. I love to play a high line and his pace was so clutch for me.

I suggest get him now before his price surges up like Reece James's did a couple of weeks ago. If he gets his +2 I cant even image how good he will be.

I got Mbabu out of my 83 x 25 pack and he's absolutely INSANE. I play him at center back in-game next to Blanc and nothing gets by them. I play an anchor on him because he doesn't need the pace of a shadow and Wolfsburg kept a clean sheet today he's already about to get upgraded, after he gets his +2, I'm going to switch to a sentinal on him to boost and almost max out his physicality and defending. Unstoppable card.

-Can move the ball quickly

-Plays a good quick parter to a bigger, slower center back