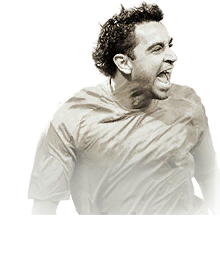 I used him as my right CDM in the 4-2-2-2 formation and applied the HUNTER Chemistry style to boost that Shooting primarily. I also tried him as my CAM in the 4-2-3-1. I played 6 games in Division 1 Rivals. I used the get forward instructions as well as the balanced instructions on him, to see how his AI moved in-game. Let’s begin.

1.8 million is a steep price for him to be completely honest. His shooting let me down for the most part, and that’s why I wouldn’t shell out 1.8 million for him just yet.

A fair price for him would be 1.3 million coins, and that would represent great value for him at this stage of the game.

He is a meta player in my opinion even though he does not have the 4*4* combination, as he just feels phenomenal to dribble and pass with and you can easily dictate the tempo of the games with him. I reiterate that if EA gave this card 85+ shooting stats, he would be a top 5 midfielder till the end of the game cycle, as he was magical to play with and truly reminded me of the real Xavi that I have seen mesmerise us constantly over the years.

He is outstanding in terms of his PASSING, DRIBBlING and PACE and his Attacking AI is exceptional as well, and if you’re a Spanish fan or a Barcelona, you will absolutely love this card, as he is the one and only, Xavi!

His pace overall is very impressive for a midfielder, as he feels like one of the quickest CMs that I have used all year. A combination of 82 Sprint Speed and 84 Acceleration when boosted by a further +10 with the Hunter chemistry style, make him feel quick while sprinting forward and he can actually zip past players effortlessly. His small body type and great agility stats make him feel much quicker on the ball than I expected him to, and it feels like he has 85-86 pace on his base stats as well. He his pace was also effective to track back with and get him back into position to defend.

It’s Xavi guys! His passing was just magical! Surprisingly, his 3 star weak foot also felt great to pass with. If you can see the player at the corner of your screen, Xavi can pick him out and laser a pass to him. He is an absolute maestro from

the middle of the park. He is the best passer that I have used all year.

His dribbling and responsiveness are in a class of his own! He feels silky smooth and agile to dribble with even in slightly delayed gameplay. His left stick dribbling is the BEST that I have used from any midfielder so far!

He has amazing dribbling statistics, with a combination of 93 Agility, 96 Balance, 98 Ball control and 92 Dribbling and with that small frame in-game, he can turn on a dime effortlessly! He also has 4 star skills, and you can pull them off so smoothly, it’s just amazing!

He feels Messi or Neymar-esque on the ball, and it was an amazing experience to dribble and drift past my opponents players with him!

This was the only thing that disappointed me with this card to be completely honest. I just wished that EA has boosted this card in the shooting department a bit more. He has an average shooting stats across the board, but due to that composure statistic of 99, his finishing inside the box is better than that stat suggests although he did miss a more than a few chances that I expected him to bury and that left me a bit miffed at this card. He has a good curve stat so you can hit those odd finesse shots inside and outside the box. His 3 star weak foot is also a let down to shoot with, and is advise you’ll to stick to shooting on his right foot. Overall, his shooting was left a bit wanting for me. If this Xavi card had better shooting, he would be a top 5 midfielder till the end of the game cycle!

His defending overall was okay, nothing too great tbh. He has average defensive stats across the board, the exception being that high 89 Interceptions stat. He does not feel like a card with 89 interceptions, and this is due to his small frame in-game. His small frame hinders him from spreading himself to auto-block shots or make many automatic AI interceptions. He puts in a decent defensive shift, but its nowhere to the levels that an N’golo Kante would do for your team. Taking this into account, don’t play him as a lone CDM and use him to play higher up this pitch by probably altering his instructions to “Get Forward”, if you’re playing him at CDM.

He’s extremely weak, even though he has 71 strength. It doesn’t feel like it as he has a small frame and body type in-game. He won’t win you any headers either. His 92 stamina is a positive and he’ll last the entire 90 minutes effortlessly!

Favourite player of all time, now also on FIFA. It´s just great to play with him.