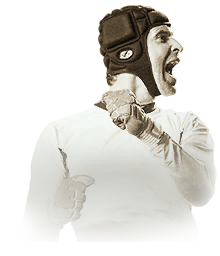 I only have tried Ederson TOTS and him as 90+ rated GK but from what I've seen and who I played against I think he isn't top 3 keepers in the game but he's still great.

I don't believe people who say he doesn't save anything, because he gets unreal saves for me sometimes which makes him obviously better than any regular keeper.

But overall if you don't particularly like Cech just get Schmeichel, VdS or any 90+ TOTS, but if you're Chelsea fan just get him, it's way better to play with players you like.

Not the best GK in FIFA

Doesn't have a helmet

I did not like him at all. Even tho his stats are very high he does not seem to be the player of that caliber. His positioning is often not on point, I liked tots Oblak much more than him. He seemed more consistent. I do not recommend buying him unless you are a huge fan or some. Obviously he is not bad but defenitely not worth his price. I still think that there are many more better gk than him.

-being careful with corners