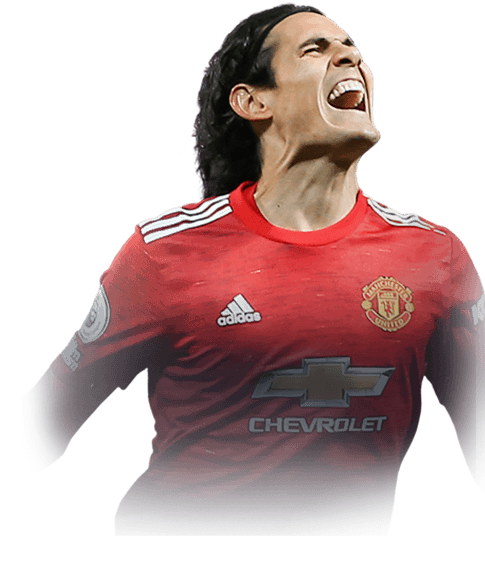 Hi, just a warning i am not english so if you find grammar errors its normal. At the first games i thought that i have made a mistake doing him, but then I realized that is the exact opposite. His pace is enough for a striker making good runs behind defenders and his strength makes him outrun Varane, Gomez, etc.... So a great pro is his finishing. Absolutely demolishing. From outside of the box to inside the box he just scores worldies. His positioning is great and his passing is ok. I wouldn't play Cavani at any position except Striker. Now the big controversy, his dribbling. Beside the 3 skills, his agility and balance didn't look bad, but also not that great.

if you play without "skilling", this card could be what you need. It's classic, old style striker. If you a are a napoli, psg, man utd fan, you should try this card also if the sbc could be a little bit expensive. If you use to play with meta player such as neymar, mbappe, rashford ecc, I suggest you to don't use this card, you'll just waste your coins

great striker (every shoot is a goal)

When I saw this card I was a bit hesitant because of the price but I was convinced because of the Manchester Unites badge, and thank god I did. The first game was shaky I wasn't sure how to use him but I started playing him as a false 9 next to inform 86 Rashford and my oh my he can shoot from anywhere especially with finesse shots or power shots; anytime I had the smallest of lanes to shoot I scored. He was fast enough to get past defenders like garage, van dijk, and Gomez and strong enough to keep the ball. The most noticeable thing tho was his heading whenever I had a corner or cross he put it in didn't matter who was marking because of his jumping and power header trait and his passing was fairly decent for a striker. His dribbling was very shaky at times his reactions helped but his dribbling was ok.

-passing could be better