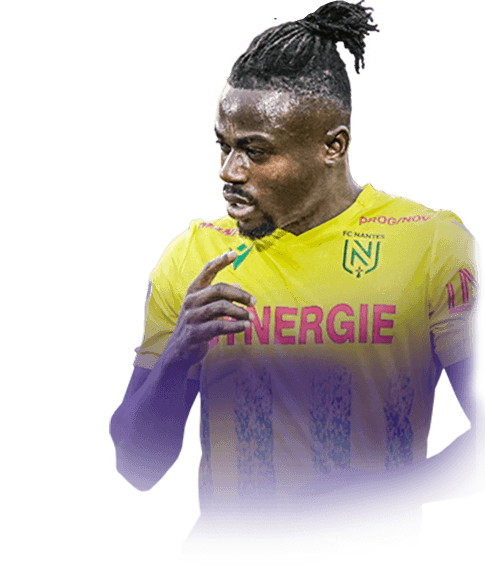 Before you read this review, go ahead and buy this card.

Now that you have let's start.

i just packed him untradable from a 75 plus pack and immediately added him to my team as his card in FIFA 20 was just amazing.

he is my right striker next to RRRRRobben and he performs bits.

That 5-star weak foot is just amazing and with the 4-star skills and maxed out agility and balance and dribbling with a marksman he is outstanding.

i love using skill moves with this guy as he is very responsive, with a great body type. (also hair looks sick ingame)

i would love it if he had 5-star skill moves as well but you take what you can get.

his shooting is really good and he can finesse the ball nicely.

Shooting with a marksman

Physicality with a marksman

Hair (sorry its too cool)

so i was just playing div rivals and decided to put him on and try him out. With his price i wasn't excepting much but within 5 in game minutes he has scored twice and he was repeating this feat every time i put him on. He skills feel so smooth his shooting is incredible unlike many other cards like him and he is lightning quick and possibly the best dribbler i have ever used no cap.

--he gets bullied in the physical department

-SOME passed were bad

I found Simon too cheap for his value and his stats, so I bought him. I really needed a player that breaks the game when he comes to the pinch. A perfect solution, 99 balance, and agility it's like a ghost for defenders. I don't even know if I need Neymar anymore. :D:D:D. 5 skill stars would be crazy, but 4 are enough. Excellent finishing with both feet, 5 stars! I used with the deadeye, but also Marksman is good!

Passage could be better, but with him i prefer to run and score.