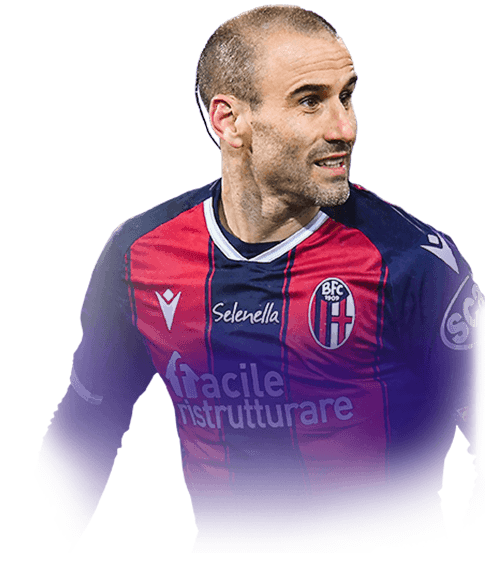 After I finally finished the Messi potm earlier this week, I thought I wouldn't do any sbc players for a while, but this guy came out for a very cheap price I knew I should do him. Even though he has a 3* weak foot his weak foot definitely feels like 4 stars. His dribbling is super smooth and nice with insane agility and balance that feels perfect in game for a skiller. His 5 star skills are super fun and with his dribbling combo is insane. He is fast enough to get past most defenders but isn't completely blazing fast. His shooting is also very good and the finesse shot trait is noticeable and great in game. For a striker he has really good passing with no times where I noticed any problems. One of the best parts of his card is that his physicals are great and he even won a couple header goals. If you're thinking about doing him you should, he is quite cheap, plays super well in game, and is just a fun different player. Not to mention his rat tail is insane in game.

When I saw this card I immediately thought that he would be OP af, but I waited on Inceptions review to see if he was really as good as his stats suggest. He didn't come very good out of the review but then Zwebecks review was uploaded. I watched that, and as usual Zwe doesn't go really in depth, but what I did see is that his dribbling was far better than in Inceptions video. I decided to still get him, and wow that was the best decision of my FIFA career. I'm playing him as a left striker together with Ronaldo 92, and Palacio totally dominated all my attacks. Ronaldo transformed to a 2nd striker that gives more assist then he scores goals. But that wasn't an issue at all because Palacio bangs in three goals a game in Div 2 Rivals. After the patch I really struggled with scoring, but Palacio with a hawk chem style helped me out totally. If you have the coins or untradable players, and he fits your team, JUST DO HIM. He isn't cheap but also not expensive and especially not if you see what you'll get back. The only things I noticed is that his weak foot of course isn't amazing, but he still bangs in those simple finishes with his left. Also, his long passing isn't excellent so don't try to give a lot of long trough balls with him. Just use him as the 'get in behind' striker because his short passing is just good. The biggest pro's are his neymarish dribbling and acceleration, and his edge of the box finesse shots if you get the angle right. His strength isn't amazing but he still manages to win a lot of balls using his aggression. I haven't used a chem style other than hawk, but hawk works amazing, so I definitely recommend that. His work rates were fine too, they were never a problem for me, he makes quite good runs.

his dribbling is insane up there with messi potm

he out performed toty Bruno Fernandes what a card defo recccomend