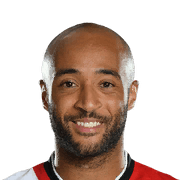 4
Sub out
Upcoming Matches
P. Chemistry
Squad chemistry
ST
77
RW
83
LW
83
CF
82
RF
82
LF
82
CAM
82
CM
75
RM
82
LM
82
CDM
57
CB
44
LB
58
LWB
63
RB
58
RWB
63
Reset
Basic
Sniper
Finisher
Deadeye
Marksman
Hawk
Artist
Architect
Powerhouse
Maestro
Engine
Sentinel
Guardian
Gladiator
Backbone
Anchor
Hunter
Catalyst
Shadow
Comments
Reviews
0
/600
Update my avatar Dos and don'ts
Top Rated
New
Controversial
Show comments
Top Reviews
Only logged in users can submit a review
A review must be written in English
At least 200 characters are required.
Compare this player to other similar players you have used(optional).
If you import your club to FUTBIN or send us an image with the player data(fill the form below) your review will be marked as verified.
Include what you liked about the player in the pros area and what you disliked about the player in the cons area.
Your review will be manually checked during the next 24 hours.
Chem Style Used
Formations
Position
Rate Player Base Stats (1-10)
Pace
5
Shooting
5
Passing
5
Dribbling
5
Defending
5
Physicality
5
Most Used In:
Submit Review

I am a DIV 1 Elite level player and this man makes the starting team. Without a doubt, he is so underrated, best and most fun card I've used all year. I often play 5-3-2 (yes im a rat) and have him as my attacking CM feeding balls into CR7 and POTM Mbappe. His agility and balance just makes him so useable. There's not much wrong with his card except his strength. I whack a hunter on him and he can shoot from literally anywhere he wants to.

I have used the likes of POTM Messi and Bruno Fernandes, but I just have the most fun with this absolute gem here and for 15k he's a steal. He's played 10 games for me and scored 16 and assisted 12. Remember this is the highest level of FIFA so I'm playing decent players. The dribbling is just unbelievable, with the flair trait as well, he makes Varane look like a donkey. My favourite part of his game is that he's small and fast so he can get into small places and just tuck the ball into the back of the net. I don't think this man gets talked about enough because no Youtuber/Streamer uses him but he is genuinely an absolute machine. His passing is a little bit dodgy if you try risky passes but he can easily make a decent through ball.

I think, if you're restarting your team to have more fun or just got the game, he is a must as he is so cheap and is plain amazing. I also have him in my RTG with him in striker with Ian Wright and the partnership between them is great.