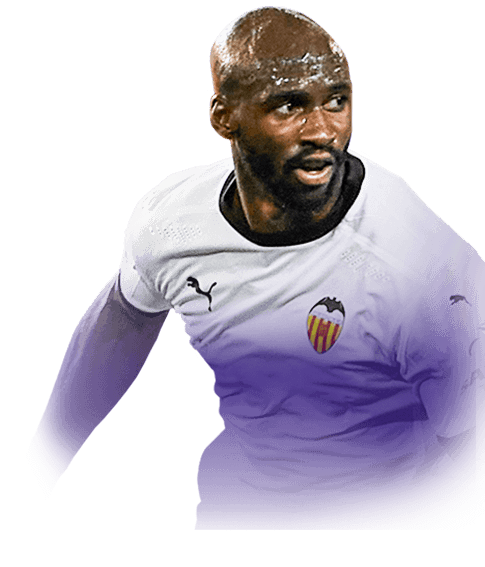 Right after it came out in SBC I had to test it. It is solid, large, but quite fast. Despite her large physique, she has 87 agility. To please a FIFA 21 player, he must have at least 96, but remember that your left-back (Ferland Mendy) only has 80. Mangala has a hyperlink with the aforementioned Mendy. SBC only costs 250,000. His 93 strength causes only Adebayo Akinfenwa to push him. After this review you won't change your mind about Varane, but if you play with him, you won't even Maldini. He is the best CB in game. Test it and enjoy it as much as I do.

Hyper link with the only LB in the game (Mendy)

good dribling for a def

not the best passing tbh not too bad

This is my first ever player review so please bare with me.

So far i've used in him 10-15 division rivals games and i can safely say the guy has never lost out in a tackle. He's big, he's strong, and he feels way faster than the 80 pace suggests.

The high balance and agility means that he feels great when turning to run and chase the attackers. I won't lie, he won't catch up to the likes of your Mbappe's but he'll do a job on most other players.

I play him alongside FUT Birthday Hermoso so next to a quick and agile center back partner he works really well. Mangala does all the big Makelele tackles and the big headers whilst Hermoso mops up all the loose balls and does the majority of the chasing.

Whilst on the subject on heading ability, if you take control of Managla on a corner and bring him to the front post he's either scoring or at least making the GK work very hard. Defensive headers he's winning 9/10 easily, i mean how often is it you face a striker (apart from CR7) who can actually head the ball?!

Currently operating in a 4-3-1-2 formation with both fullbacks set as default for attack/defence, even when outnumbered he performs better than he should, often in a 3 vs 2 situation i find his interceptions and aggression perfect for what i need him to do. His work rates are ideal.

The weak foot upgrade isn't really that necessary for a CB but it certainly helps when trying to build from the back, or when under pressure you can rely on him to find a pass more often than not. He rarely misplaces a pass long or short.

Believe it or not, there are some weaknesses to his game, however the strengths far outweigh the weaknesses. The only weakness i have really noticed is the initial speed to catch attackers, but if you do as i do, and play with at least one really pacy CB this guy will do wonders for you.

In summary, if you do this card you'll get a fantastic CB, who is strong, quick, good on the ball and can pass out from the back.

Not the best acceleration