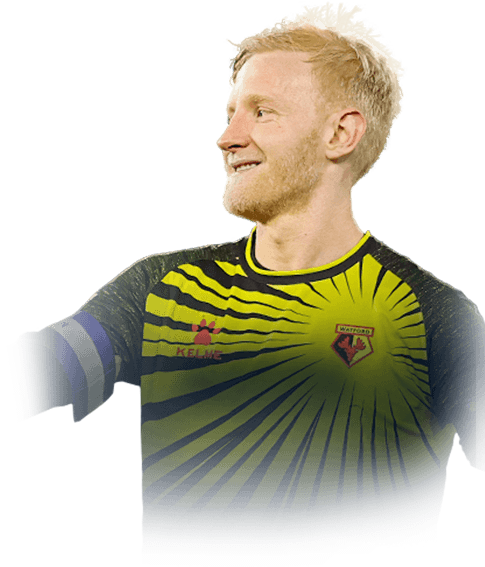 5
Sub out
Upcoming Matches
P. Chemistry
Squad chemistry
ST
83
RW
87
LW
87
CF
86
RF
86
LF
86
CAM
88
CM
89
RM
88
LM
88
CDM
88
CB
85
LB
87
LWB
88
RB
87
RWB
88
Reset
Basic
Sniper
Finisher
Deadeye
Marksman
Hawk
Artist
Architect
Powerhouse
Maestro
Engine
Sentinel
Guardian
Gladiator
Backbone
Anchor
Hunter
Catalyst
Shadow
Comments
Reviews
0
/600
Click here to verify your account in order to comment Update my avatar Dos and don'ts
Top Rated
New
Controversial
Show comments
Top Reviews
Only logged in users can submit a review
A review must be written in English
At least 200 characters are required.
Compare this player to other similar players you have used(optional).
If you import your club to FUTBIN or send us an image with the player data(fill the form below) your review will be marked as verified.
Include what you liked about the player in the pros area and what you disliked about the player in the cons area.
Your review will be manually checked during the next 24 hours.
Chem Style Used
Formations
Position
Rate Player Base Stats (1-10)
Pace
5
Shooting
5
Passing
5
Dribbling
5
Defending
5
Physicality
5
Most Used In:
Submit Review

Today I wanted to get some TOTS into my team to change it up and try players I would've never thought of using before. Then I packed will Hughes in my 83 x 10 pack so I had to fit him into my team. For a 30k player this guy was great. He felt quick but not blazing fast. Unfortunately I did not get many shooting opportunities with him to try out his shooting that looks good. Besides a couple times where he would shank a pass on his 3* weak foot, his passing was good. One major surprise was his dribbling as he felt much better on the ball as his stats would suggest. His defending was great and had almost no problems with his tackling and positioning. His physicals are good mainly for the 99 stamina and 90 aggression, and I felt no problems with his lack of strength and jumping. If you want a cheap beast, he is your guy.

* Good links to most EFL TOTS

Paired with baby blanc at CDM, he commanded the midfield better than anyone I've used at this price tag. Stick an anchor on him and he's the championship Ruud Gullit. Although he's 6'1, he has the nimble feel of Kante for jockeying and makes fantastic interceptions. I'd say he's the best value-for-money CDM in the game at the moment.

- can shoot if needed

- Can be swarmed if heavily pressed

I've had a lot of fun so far with this Hughes card. I had recently been using Kimmich's 92 TIF and neuhaus' FS card and Hughes reminds me of them in a lot of ways. They all have the same kinda pace with, when boosted by shadow, get them to mid-high 90's in acceleration and mid 80's for sprint speed. All three have decent dribbling/ball control and excellent passing/vision. The main reason I think I preferred Neuhaus over Kimmich, his extra height made him better for tackling and the medium/medium work rates I actually found to be very helpful. Hughes is even TALLER and has the same work rates and so far he has been great defensively, probably the best of the three. He moves so well for how large he is it actually makes me laugh every time I got him on the ball. I love taking good ol' BIlly down the block. I want to add he is so large that it makes up for his lack of heading and strength. Body type seems to be just as important when it comes to winning headers and getting people off the ball. His weakfoot didn't seem to be a big deal. He has high enough passing stats that he just will prefer to use his left even if he is positioned on his right, but I haven't seen him misplace a pass because of it yet. Of course there are some shortcomings to this card, but he does his job very well and for the price I will probably mess around with him for at least another week or two. Great bonus that he gets the Rooney SBC on full chem. I had been using the Henry obj card, but it opens up a lot more options if I want to keep him in the team. Also I bought him at 50k and he's currently at 75k, all of the other reviews seem to have had him at 30k which was around day 1 or 2 pricing. It seems his value is only going up for the time being.